Most people were not surprised when Microsoft announced the new Xbox One S at this year’s E3 show in June. It’s a slimmer, better-looking and less power-hungry version of the Xbox One (which also does away with the power brick), and putting this new Xbox model in the market certainly makes a lot of sense for Microsoft.

This is similar to what Sony did with their PS3 console when they released the PS3 Slim back in 2009, as the Japanese company was lagging behind in sales and attempting to catch-up with Microsoft’s then leading Xbox 360.

Times have changed though, and Sony’s PS4 is the leading console this generation with over 40 million units sold, but Microsoft is certainly hoping that the new creamy white Xbox One S will allow it to close the sales gap with the PS4.

And the Xbox One S certainly looks like a solid console and has been well-reviewed so far, being 40 % smaller than the old Xbox One and even having a performance edge in some games. Because even if Microsoft did not want to advertise the Xbox One S as a more powerful version of the original Xbox One, the truth is that some games run decidedly better according to Digital Foundry, with the likes of Project Cars and Hitman running faster than on the original console. 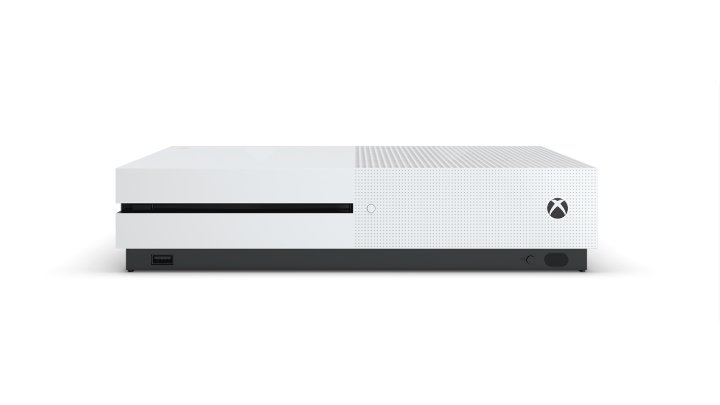 Will the new Xbox One S help Microsoft turn the tide in this console generation?

Another plus is that Microsoft also did away with the bulky power brick of the Xbox One, although disappointingly for some the controller is not rechargeable and requires batteries…

So in a way the Xbox One S is what the original Xbox One should have been, a compact, lightweight and gamer-focused console. But is the Xbox One S the silver bullet Microsoft needs in this console war? The truth is that it isn’t, and this could be more a cause of Microsoft getting in its own way, even if rival Sony’s PS4 console is a great machine overall.

This is because the original Xbox One has now dropped in price and does essentially the same thing as the newer Xbox One S, so if space is not an issue, many gamers will go for the original model instead. Also, Microsoft’s own Project Scorpio console, which will be vastly more powerful, is coming next year, so many console fans might choose to wait instead.

The truth is though, the PS4 has a sizeable lead in sales right now and the Xbox One S might help Microsoft close the gap a bit as it’s a worthy and solid addition to the Xbox family by most accounts, but things will get truly interesting next year when Sony’s PS4 Neo and the new Xbox Scorpio go toe to toe in what promises to be an epic console battle…

IMAGE CREDITS
Xbox One S
COPYRIGHT: Microsoft Corporation.
→
Next: Actress Jessica Chastain has joined The Division’s cast, but will the movie be any good?