Back in 1997, video game developer Westwood Studios was on a roll. It’s Command & Conquer games had sold millions of copies, and the Las Vegas-based developer was considered one of the best in the business.

Back then too point and click adventure games were extremely popular, and it’s likely many who were into gaming in the late 90’s remember Westwood’s Blade Runner game. And while other companies would have likely put out an action video game based on the iconic Blade Runner movie, Westwood decided to make an adventure game with multiple story paths, cutting edge cinematics and an original, atmospheric musical score inspired by Vangelis’ score for the Blade Runner film.

The game’s graphics were also top notch, and really pushed the limits of what PCs at the time could do. More importantly, the game fully captured the movie’s dark, rainy cyberpunk atmosphere, and also featured a sad, gruff protagonist named Ray McCoy. And the fact that the game did not simply retell the story of the movie, but rather featured an original plot and a different protagonist, and the fact in-game events took place in real time was also a highlight.

Sadly, though, it had been almost impossible to get hold of the original game (much less get it to run on modern PCs) for a long time. That is, until the game recently got a release on the GOG digital store, letting players buy and play one of the classic adventure games of the 90’s.

However, fans of Westwood’s 1997 game will be even more pleased to know that the Blade Runner video game is getting remaster, which is due out sometime in 2020. This will not only be getting a PC release, but will also be available on PlayStation and Xbox consoles, and also on Nintendo Switch too. 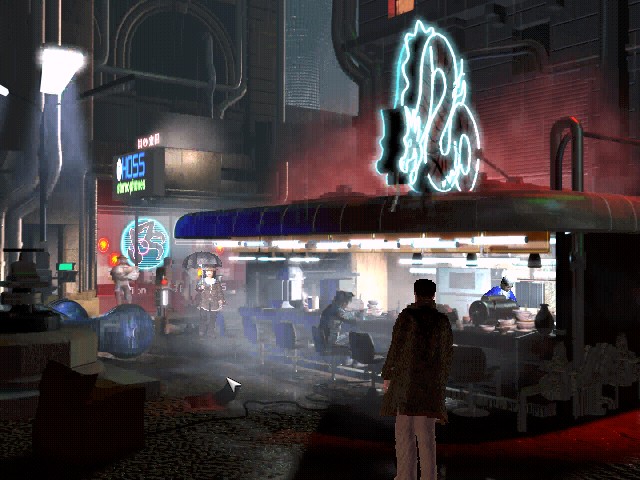 Westwood’s Blade Runner game from the 90’s is dripping with atmosphere, but looks a bit long in the tooth now.

Video game company Nightdive will be taking care of the Blade Runner remaster, a dev which has already remastered other classic games like System Shock in the past. This means we can expect a Blade Runner game that looks quite a bit better than the original, but one which retains the look and feel of Westwood’s 1997 game.

“While you can enjoy the benefits of playing the game on modern hardware, the game should look and feel not as it was, but as glorious as you remember it being”, Nightdive’s CEO Stephen Kick said.

This is a good thing taking into account that the game’s pixelated characters and animations certainly won’t cut the mustard nowadays, so these are being improved in the remaster. The low-res cutscenes are also being upscaled for display on modern monitors and TVs, while widescreen support is being added to the game. Players will also be able to customize the controls (keyboard and gamepad) to their liking.

This new edition of the game is titled Blade Runner: Enhanced Edition, and as stated earlier will be releasing sometime in 2020, so stay tuned to this website for more information regarding the Blade Runner remaster in the weeks to come.