If one thing is clear, is that Bethesda has achieved worldwide fame despite not having released as many games as some of its competitors have. After all, Bethesda has not released a new single player game in its renowned Elder Scrolls role-playing series since 2011, when its award-winning Skyrim game came out. And the Maryland-based company has not revealed any plans for a sequel to Fallout 4 either, a game that came out back in 2015.

This is in sharp contrast to other industry heavyweights like Activision, which has been releasing Call of Duty games annually since 2003. It doesn’t look like Bethesda will change its modus operandi any time soon, though, and will still take its time to put out its games, as game director Todd Howard made no mention of when a new Elder Scrolls game could come out in a recent interview with IGN.

The industry veteran did discuss the upcoming VR version of Fallout 4, which is currently in the works at Bethesda. This virtual reality edition of the superb post-apocalyptic game was first discussed by Howard at E3 2016, in fact making mention of it during Microsoft’s presentation video for its upcoming Scorpio console. “It’s not done yet, there’s work to do, but the parts that are there, I’m biased but it’s pretty incredible”, said Howard, adding that the game can currently be played from “start to finish in VR”. 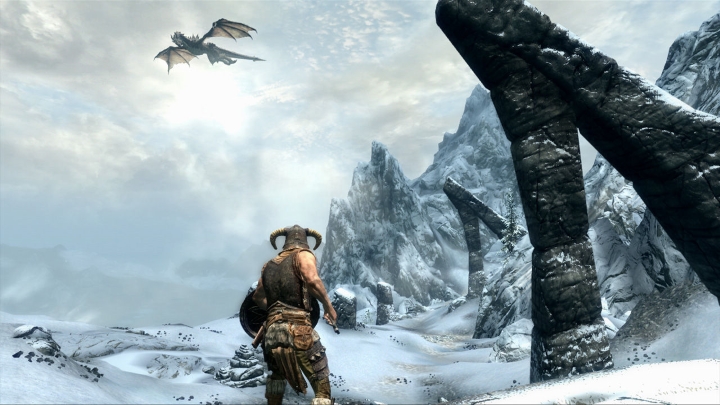 Skyrim is coming to the Nintendo Switch this year, but when can we expect another big single player Elder Scrolls game?

Bethesda currently has seven projects going according to Todd Howard, and one of these is the upcoming Nintendo Switch version of their earlier The Elder Scrolls V: Skyrim, one which will allow those who buy Nintendo’s eagerly awaited console a chance to explore the medieval fantasy world of The Elder Scrolls on the go. Also, the man behind Skyrim and Fallout 4 mentioned that Bethesda has another two big projects in the works, saying that these are “bigger than anything we’ve done”.

Of course, many gamers will wonder whether these two projects could be The Elder Scrolls VI or Fallout 5, but as usual the people at Bethesda are keeping tight-lipped about their games and all we can do is guess.

But still, given Bethesda’s track record, gamers will surely be looking forward to their upcoming games, while those eager for more Elder Scrolls action will be able to get their fix with the upcoming Morrowind expansion for The Elder Scrolls Online, which is slated for release this summer.

→
Next: This is what Phil Spencer had to say about Call of Duty: Black Ops 2, Final Fantasy and Scorpio