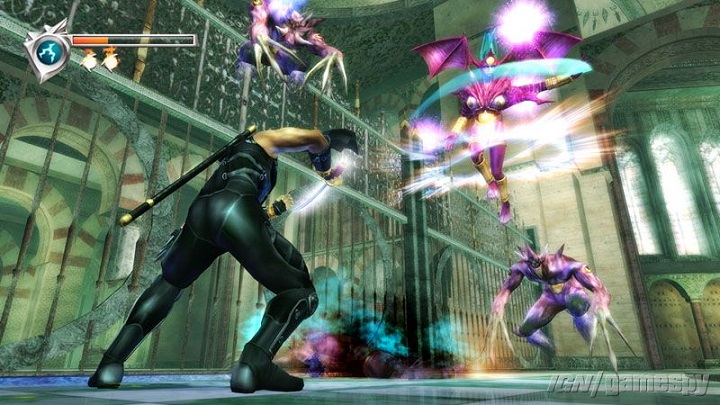 Although other hard games such as Dark Souls have difficult boss fights, they still don’t come close to those of Ninja Gaiden. Not only must the protagonist, the ninja Ryu Hyabusa, deal with tons of enemies non-stop during the course of the game, but the reward for reaching the end of each chapter are some of the toughest bosses in the history of gaming.

Game creators Tecmo obviously realized how punishingly hard the game was, an after dying about a million times, you would be asked if you wanted to lower the difficulty. They called this easier mode “Ninja Dog”, and it probably spared people from breaking down and ending in tears…

Defeating Alma. This pink fiend was pure evil. Don’t be fooled by her cute appearance and pink skin, or it would be game over. Not only could she cast multiple fireballs at the player, but she had a love for pillars too. That is, grabbing them and smashing them on the ninja master’s head.