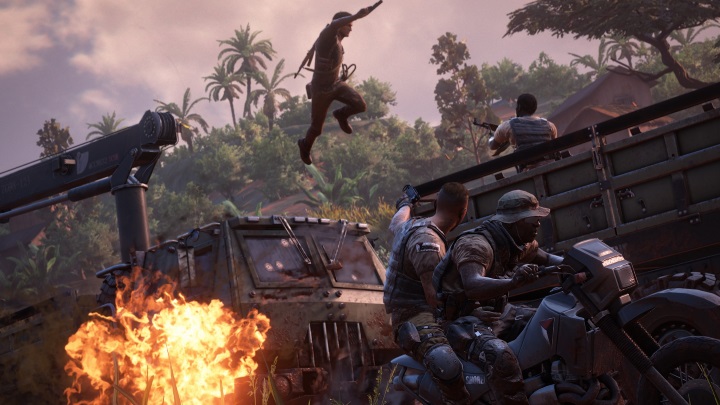 ADVERTISEMENT
Many were disappointed when Sony announced that the eagerly awaited Uncharted 4 would not be coming out in Fall 2015, and had instead been delayed until 2016. And this is a game that looks set to offer more of the great gameplay that the series is renowned for. Earlier previews, like the one shown at the Paris Games Week, focused on the game’s multiplayer, while at E3 we got to see some of the game’s frenetic third-person action gameplay on the crowded streets of Madagascar.

And this new preview video shown at the Game Awards focuses on the game’s story, with intrepid hero Nathan Drake getting beaten up in a library by a lady searching for “a crucifix”, probably one of the items that Drake will be on the lookout in Uncharted 4’s story, although this is something we will know for sure when the game is released in 2016…