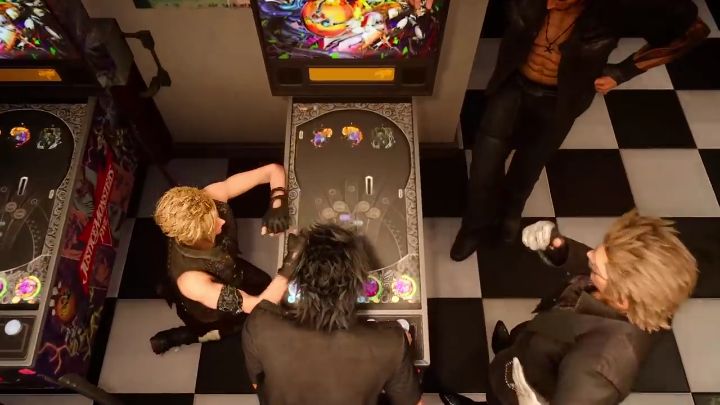 ADVERTISEMENT
As earlier games in the series, Final Fantasy XV will also feature a minigame titled Justice Monsters Five. Players will be able to take a break from Final Fantasy XV’s main storyline to engage in a game of pinball (as seen in the trailer below), as they could in the likes of Final Fantasy IX, which a offered a card-based minigame known as Metroid.

Judging by the trailer, this new minigame will offer fast-paced pinball action and “role-playing elements with some of the Final Fantasy franchise’s most iconic monsters” according to Square Enix’s description on youtube.com. But perhaps the most noteworthy thing about Justice Monsters Five is that it will also be available on Android, iOS and Windows mobile devices before the game’s release date in September, letting players enjoy this Final Fantasy XV minigame before the full game hits the shelves.