2. Prince of Persia: The Sands of Time 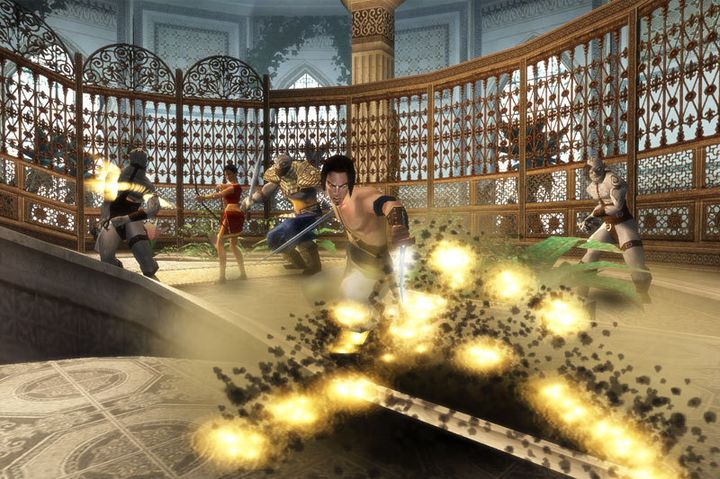 ADVERTISEMENT
One of the biggest games to hit shelves in 2003 was Prince of Persia: The Sands of Time. This was a reboot of the first Prince of Persia game by Jordan Mechner, and truthfully Ubisoft got everything right with this gem. This is because not only the Sands of Time had a beautiful Middle Eastern setting, but the game’s protagonist (the Prince) and his sidekick Farah were great characters too.

Of course, this also had Prince of Persia’s trademark platforming with plenty of challenging rooms and environments to wade through, traps to evade and enemies to defeat. And developer Ubisoft Montreal had a brilliant idea here by allowing players to rewind time, a masterstroke of game design that let you try that tricky jump one more time or have another shot at defeating an enemy that cut you down the last time.

Other details like the way you could replenish your health by drinking water in the game were also great, although regrettably Sands of Time’s boss fights were not up to much. But still, it’s great that this golden oldie from the Xbox era is now playable on the Xbox One, allowing you to relive the prince’s adventures one more time.