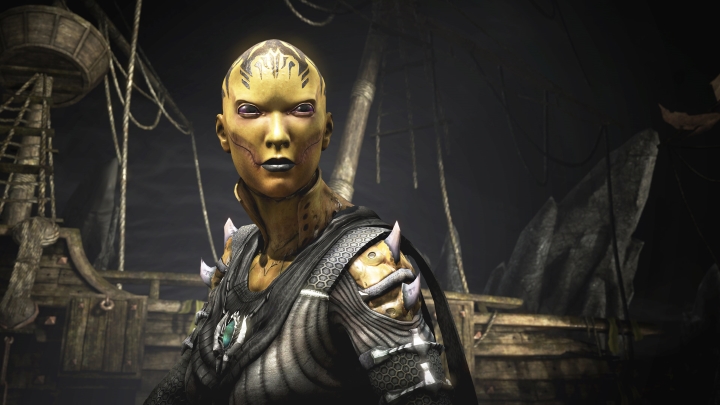 When looking at Mortal Kombat X’s roster, it is clear that not all of the fighters are human. Scorpion is a vengeful spirit, Goro is a four-armed member of the Shokan race, reptile is um, a reptile, and most people would agree that Mileena is on the wrong side of weird… And newcomer D’Vorah, who serves the new ruler of the Outworld Kotal Khan, is half-insect and half-woman, making her one of the most original characters in the Mortal Kombat series to date.

D’Vorah has 3 variations: Venomous, Brood Mother and Swarm Queen. She takes advantage of her insectoid nature in all 3, for instance in the Venomous variation her hands secrete a toxin which can poison her adversary when hit. In the other 2 variations, D’Vorah relies on her insect followers in different ways. In the Brood Mother variation, she can summon a mass of insects to stun her opponent, and in the Swarm Queen variation she is permanently followed by a swarm of wasps and can use bug bombs against her hapless opponent…