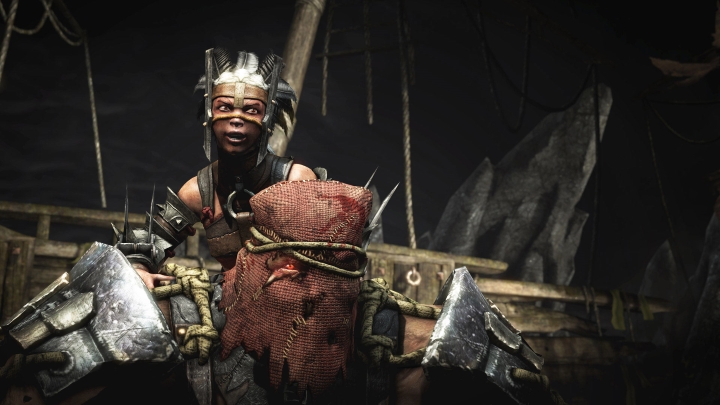 The duo of Ferra and Torr is perhaps the most original in the history of fighting games. You can control both characters, meaning that there will be a ton of fighting options for players who choose to play as Ferra and Torr. And it has not yet being revealed how the diminutive Ferra became a partner of the giant Torr, although it is clear that their backstory will be an interesting part of Mortal Kombat X’s plot.

Ferra and Torr have 3 variations: Lackey, Ruthless and Vicious. The Lackey variation is noteworthy because players who choose it will only fight as Torr (Ferra will just stay on the sidelines). The other two variations allow Ferra and Torr to fight as a team. In the Vicious variation Torr uses Ferra as a weapon. And in the Ruthless variation, Ferra resorts to punishment to make Torr fight harder (she stabs the giant ogre in the back), although this takes away a portion of his health.