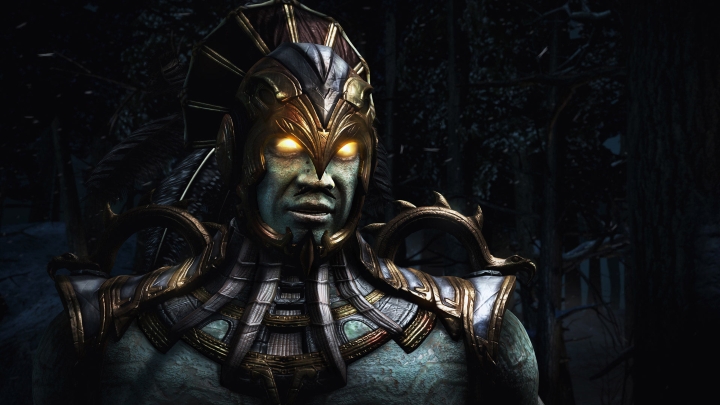 ADVERTISEMENT
If you played the previous Mortal Kombat game, then you know that the infamous baddie Shao Kahn won’t be around this time, as he met an untimely end at the hands of the thunder god Rayden (this begs the question, who will be saying Mortal Kombat’s trademark line “Finish Him”?). And since Shao Kahn won’t be around to rule the Outworld realm, the task has fallen to one of his former generals, Kotal Khan, who is certainly just as ruthless and vicious, and is opposed by Kahn’s not that pretty daughter Mileena.

Kotal Khan has 3 variations: War God, Blood God and Sun God. In the first one Khan can make mincemeat of his opponent with his spiked club, as he gets to use it more often. In the second he gets totems that grant him buffs, and in the last he gets special moves such as “Sun God Choke”. And let’s not ignore the fact that Kotal Khan probably has a god complex…