The Mortal Kombat series is certainly one of the best known in gaming, and has been going strong for over 20 years. And fans of the series were delighted when publisher Warner Bros.  announced that Mortal Kombat X, the latest game in the series, would be released on April 14, 2015. And as you probably already know, the Mortal Kombat series is famous for its ultra-violent action. So you can expect more of the violent X-ray moves that were seen in the previous Mortal Kombat game, plus the series trademark fatalities, which will be as gruesome as ever (and delight any sadist…)

And certainly one of the biggest draws of this new Mortal Kombat game is that the cast of characters will be bigger than ever, with the likes of martial artist Liu Kang and the sinister Reptile making a return, plus new characters like the fearsome Kotal Khan making a debut.

Also, one interesting gameplay novelty is that each character will have 3 variations, which players choose when they select the character. This allows you to play the character in completely different ways, for instance a returning character such as Kitana has a variation which allows her to use the move set of Jade, a character of previous Mortal Kombat games (and who won’t be a playable character in Mortal Kombat X).

So without further ado, here follows a list of the top new characters that will be seen in Mortal Kombat X.

Note: Contains minor spoilers. Mortal Kombat X is rated ‘M’ for Mature in the U.S. and PEGI-18 in the United Kingdom. 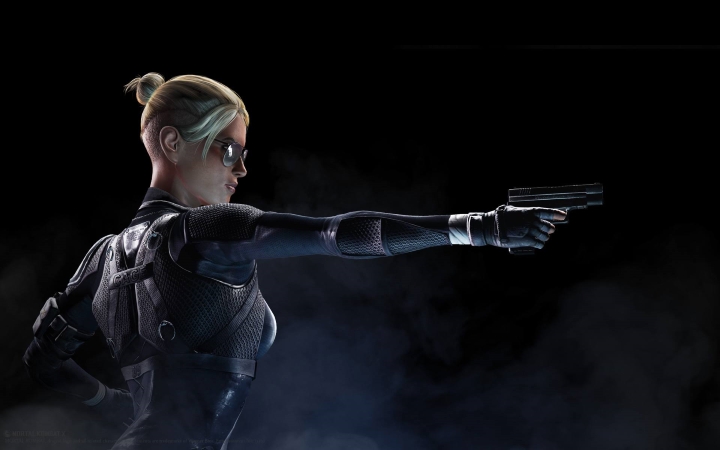 ADVERTISEMENT
If you played the previous Mortal Kombat game, then you know that cocky movie star Johnny Cage had a crush for special ops agent Sonya Blade. And despite his clumsy attempts at romance, they eventually hit it off. Well, their daughter Cassie Cage is one of the new fighters in Mortal Kombat X, and she can certainly hold her own in a fight, and is just as mean a combatant as Johnny Cage or Sonya Blade (who, of course, also feature in Mortal Kombat X).

Cassie Cage has 3 combat variations: Hollywood, Brawler and Spec-Ops. Perhaps the most interesting is the latter, which allows Cage to use airstrikes to bomb her opponent. This strikes me as a bit of an overkill, although it is clear that the Mortal Kombat series was never known for its subtlety…