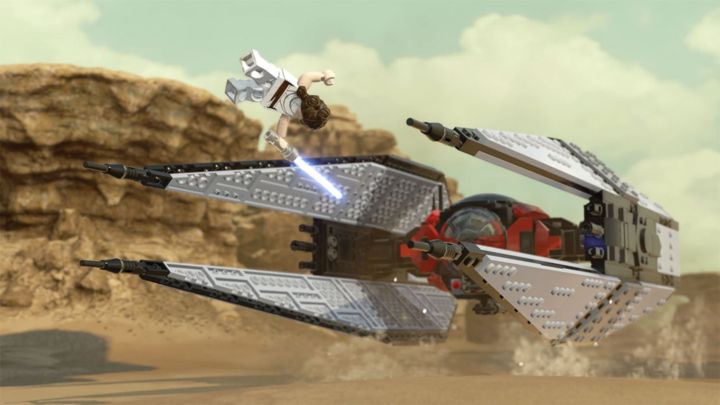 ADVERTISEMENT
The Lego games set in the Star Wars universe have been generally well-received, letting players enjoy a retelling of the classic Star Wars movies in the Lego style. And studio TT Games is looking to deliver an better and bigger experience with Lego Star Wars: The Skywalker Saga, which lets you play the stories of the nine main Star Wars movies released to date. You can do so in any order too, for instance if you wish to play through the Lego version of Star Wars: The Last Jedi before A New Hope for some reason.

The irreverent Lego humor is here too (as seen in the gameplay trailer below) while epic moments from both the old and the new films have been recreated too, such as Rey jumping over Ren’s starfighter as seen in the image above. Calling this the biggest Lego Star Wars game to date also makes sense taking into account there are 20+ planets to unlock, plus over 300 characters to play as, and a mix of gameplay types including spaceship combat, lightsaber combat and driving other vehicles such as speeder bikes, plus gorgeous graphics too… Although it remains to be seen if this lives up to the hype when it arrives on consoles (including Nintendo Switch) and PC in spring 2022.