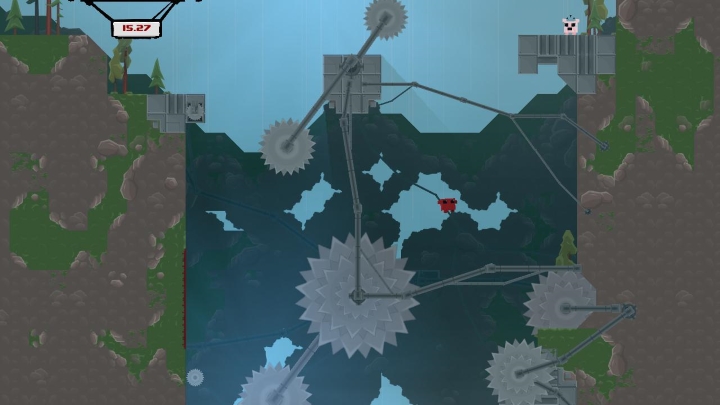 ADVERTISEMENT
This indie platform game was clearly based on classics of the genre like Nintendo’s Donkey Kong and Ghosts ‘n Goblins, and was certainly as devilishly difficult as the hardest platformers made to date. Because in the quest to free his dear Bandage Girl from the clutches of the evil Dr. Fetus, the Meat Boy would literally die thousands of times, as the game’s levels required split second timing in order to avoid traps and obstacles like saw blades, which could turn the Meat Boy into a bloody pulp in an instant.

But the feeling of satisfaction to be had after reaching the top of a level and getting to the Bandage Girl was great in each of the game’s stages (and Super Meat Boy featured hundreds of levels). And those cute and entertaining cutscenes at the end of each of the game’s chapters would surely bring a smile to every gamer and offered respite from the game’s gruelling platforming action, which Xbox One users will now be able to experience again as Super Meat Boy is now backwards compatible with Microsoft’s latest console.