There was a time when it seemed that British studio Core Design could do no wrong, and that the developer had the Midas touch. Actually, back in the late 90’s Core Design was one of the most celebrated video game studios in the world, having put out top-notch titles like Rick Dangerous, the adventure game Curse of Enchantia and the classic action romp Tomb Raider in 1996.

Tomb Raider needs no introduction of course, it was the game that kickstarted the massively successful Tomb Raider franchise and made Lara Croft a household name. And Tomb Raider became such a video game success that two big-budget movies were starring Angelina Jolie were made in 2001 and 2003, and even though the first movie wasn’t well received by the critics it still did well at the box office.

But then Core Design released the not that great Tomb Raider: The Angel of Darkness in 2003, a game that had been preceded by several mediocre titles like Project Eden and Herdy Gerby for the PlayStation 2, and many felt that Core Design had perhaps lost its touch.

Its parent company Eidos decided to give the Tomb Raider franchise to rival studio Crystal Dynamics instead (which has been developing the Tomb Raider games ever since) and Core Design floundered as it was unable to come up with new creative video game ideas to rival its Tomb Raider series, closing its doors in 2006. 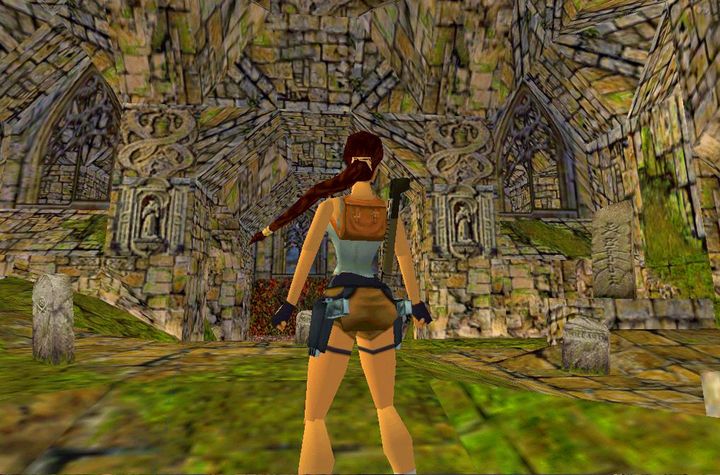 It may not look like much these days, but 1996’s Tomb Raider started one of the greatest video game series of all time.

Actually, it was the management idea of splitting the devs at Core into two teams, one focusing on making two Tomb Raider games while another worked on other projects that turned out to be problematic.

The Tomb Raider team would get all the attention from the media, publicity and bonuses (which is logical given the success of the Lara Croft games) while the other team, according to McCree, ended up becoming jealous. It is not clear though, how this led to Core Design’s demise. Did this division end up creating such a toxic work atmosphere that made the Tomb Raider team incapable of creating great games, or did Core forget the old mantra that unity leads to strength?

It is likely we’ll never know for sure how things played out at Core Design’s offices in those days, and how things turned so sour for the developer, but a new book titled “20 Years of Tomb Raider” (which will be released this year to celebrate the series 20th anniversary) which includes interviews with the original team may shed some light on the matter…

For the time being though, Crystal Dynamics, the team now making the Tomb Raider games, has proven that the franchise is in good hands, with both its 2013 Tomb Raider game and the more recent Rise of the Tomb Raider being some of the best games of recent years. And now that the series will celebrate its 20th anniversary this year, here’s hoping that there will be many more great Tomb Raider games for gamers to enjoy in the future.

→
Next: Is Vivendi attempting to take control of Ubisoft?