Many were surprised when Chinese mining conglomerate Shandong Hongda Mining Co. announced its plans to acquire UK video game studio Jagex for the rather big sum of $300 million (£208 million). After all, it’s not everyday that a mining company from the Far East takes an interest in an English video game maker, leaving many dumbfounded as to the Chinese company’s true intentions.

Also, the company’s reasons for the acquisition as reported on dealstreetasia.com, were filled with the usual corporate ambiguity, with the company stating that the deal was “part of Shandong’s plans for business transformation even as it aims to enhance its outbound M & A experience”. The staff at Jagex, meanwhile, said that they were carrying on with their usual activity, making video games, stating that “it’s business as usual” and that plans for future games “remain on track”.

Although from a business perspective at least, Shandong Hongda Mining’s buyout of Jagex does make sense if the Chinese company’s goal is to enter the lucrative video game market. Jagex’s leading game Runescape has millions of users after all, with more than 260 million accounts having been opened to date (which means that the Chinese company paid slightly more than $1 for each Runescape user, which is not that bad a deal).

Also, it is clear that Jagex’s Runescape has proven to have quite a bit of lasting appeal, as it debuted in 2001 and is still going strong today. Runescape is part of Jagex’s portfolio of games, which also includes the tactical first-person action game Block N Load and upcoming games like God Wars Dungeon 2. 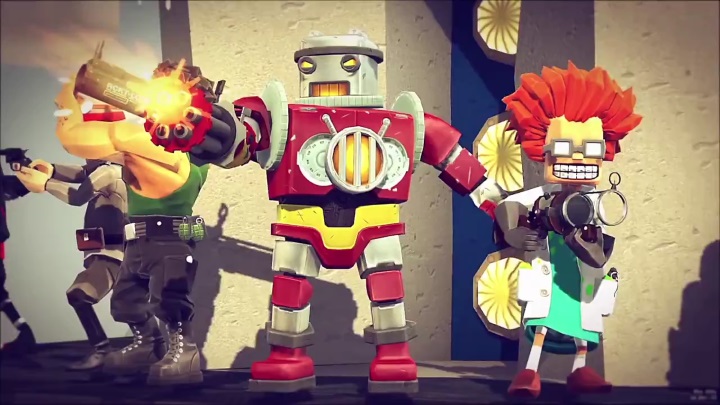 Besides Runescape, Jagex’s other games include the colourful action title Block N Load.

And while some may think that the $300 million Shandong Hongda Mining Co. is willing to put on the table is too dear a price for a company like Jagex, it does pale in comparison to what other companies have spent on acquisitions in the mobile video game world so far. For instance, American publisher Activision paid a whopping $5.9 billion (£4.1 billion) for King.com, maker of hugely popular mobile games like Candy Crush Saga. So this bet on Jagex, which gives the Chinese mining giant access to millions of gamers worldwide at not that high a cost for the company, does make a lot of sense.

In the end though, the fact that a mining conglomerate from the Far East took an interest in buying a UK video game company is evidence of how big the video games industry has become, and that video gaming is now a socially acceptable pastime, with games like Jagex’s Runescape being played and enjoyed by millions. And hopefully if this deal finally goes through, Jagex will retain its independence and keep on making great games with the backing of an Asian company like Shadong Hongda Mining in the future.