Fans of the Metro games rejoiced at the news that the Metro 2033 novel by Dmitry Glukhovsky was to be made into a movie. The author had apparently been waiting for the right offer from the movie world, and was satisfied with Hollywood producers’ De Luca and L’Heureux ideas for a movie adaptation of his novel. “I have been waiting for this to happen for the last ten years” said Glukhovsky, who added that his novel had “landed in the right hands”.

Curiously enough, this is another case in which a video game based on a novel came before the film, which proves that video games are a mainstream form of entertainment and should perhaps also be considered an art form (although that is obviously a matter of debate…)

And as stated earlier, Metro 2033 is not the only novel that inspired a video game first and a movie second. The Witcher games by Polish developer CD Projekt became a big success before a big-budget movie based on the Witcher Geralt’s adventures was announced in 2015 (and is slated for release in 2017). 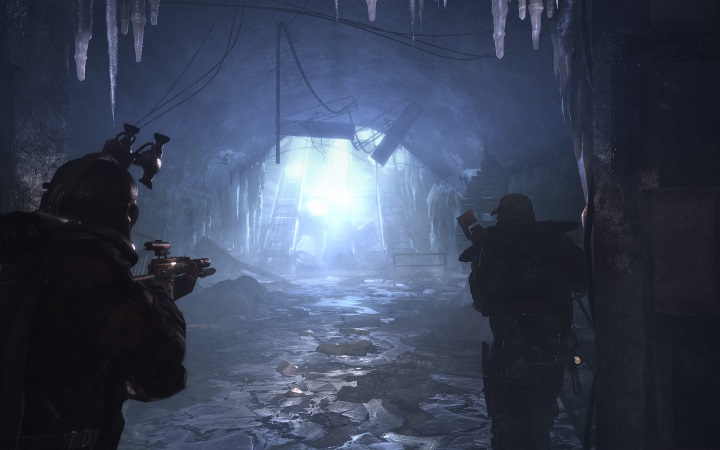 The Moscow subway of Metro 2033 was one of the most atmospheric video game settings ever. Will the movie be great too?

But the Metro 2033 movie could turn out to be great though, and for more than one reason. The post-apocalyptic world of Metro is suitably creepy and atmospheric, and it’s dark and gritty quality could keep viewers engaged throughout. After all, protagonist Artyom‘s fight for survival in Moscow’s subway system made for two terrific video games (and in the case of the original Metro 2033 game, one of the hardest games of all time too), so perhaps the movie will be as compelling as the games.

Also, Glukhovsky’s novel is pretty decent affair and has garnered good reviews online, so producers De Luca and L’Heureux have a pretty solid book on which to base a script for their upcoming movie. Plus the fact that the Metro 2033 movie will be based on Glukhovsky’s novel rather than on the video games is actually a plus, as the producers won’t have to worry about falling prey to the dreaded “video game movie curse”, as video game movies are typically loathed by the critics.

So hopefully the Metro 2033 movie will be a solid affair that can not only be enjoyed by fans of 4A Games’ superb Metro games and Dmitry Glukhovsky’s novel, but also by general audiences who are into post-apocalyptic dramas in the vein of Alfonso Cuaron’s Children of Men and George Miller’s Mad Max.