Many Xbox One owners were shocked when Microsoft’s Xbox boss Phil Spencer said during the Xbox Spring Showcase that “I believe we will see more hardware innovation in the console space than we’ve ever seen” and that “you’ll actually see us come out with new hardware capability during a generation”.  Many thought this meant that Microsoft’s future consoles or even a new Xbox One model would be upgradeable, in the same way PC owners replace computer parts like graphics cards and processors to keep up with the cutting edge of technology.

And although later Phil Spencer himself shed more light on his words and said that “it’s not like I’m going to ship a screwdriver set with every console that comes out”, it is clear that his comments rattled many consoles owners and video game companies, including Microsoft’s arch-rival Sony.

After all, one of the key features of owning a console like the Xbox One or PS4 is that one doesn’t have to worry about upgrading the machine’s hardware, safe in the knowledge that all future games will run fine on their console. Aside from replacing the console’s hard drive with a bigger, faster model, there is little reason for console owners to take out a screwdriver and tinker with their machine (actually the Xbox One even allows plugging external hard drives, simplifying the process even further). 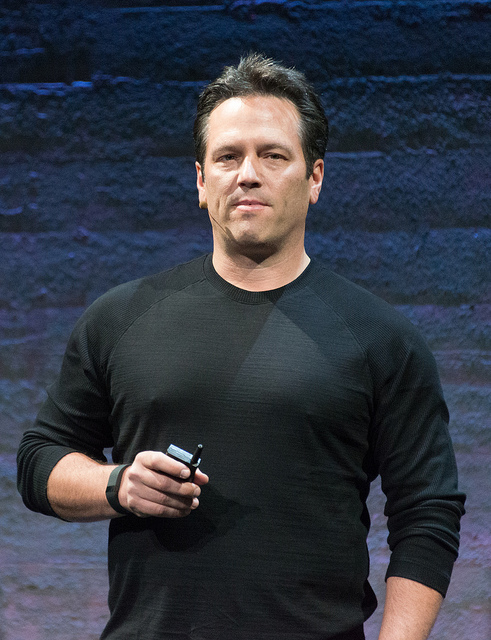 This is not the case in the PC world of course, where PC enthusiasts have turned the process of hunting for new computer parts, upgrading the machines and posting benchmarks scores online into a hobby. And while it is clear that PC elitism is a way of life for some, there’s no way that console gamers used to replacing their console every 4 to 5 years are going to enjoy upgrading their machine’s hardware every 2 years or so to keep up with the latest games.

This would also be a nightmare for video game developers, as there would be multiple versions of the Xbox One with different hardware configurations, and testing games to ensure they work smoothly on all machines would be a nightmare scenario.

If modern games like Assassin’s Creed Unity had poor launches when the developer only had to test the game on one machine, imagine how challenging it would be to release a game in a working state if Xbox One owners could upgrade their console beyond adding a new hard drive? This is why PC versions of games like Batman: Arkham Knight are frequently a mess, due to the lack of unity of the PC platform and the myriad configurations that exist out there.

In the end though, it makes little sense for Microsoft to turn the Xbox One into a PC and console hybrid like Valve’s Steam Machines, as this approach is unlikely to work in today’s console market. Perhaps Phil Spencer’s words about an upgradeable Xbox One just reflect the fact that Microsoft made a strategic mistake by marketing the One as a multimedia machine instead of a games machine like Sony did, and also released a console with hardware not as powerful as Sony PS4’s.

But still, the Xbox One does have its advantages, and Microsoft might still have a chance of evening things out in this console war, even if the idea of an upgradeable Xbox One would not be such a great one for Microsoft or the console world in general.

→
Next: Do Console Owners Need PC-Like Settings in Games Like the Division?