Plenty of gamers were shocked when Bethesda revealed the box cover art for their upcoming Doom video game, which no doubt is one of the most eagerly awaited video game releases of the year. But the controversy surrounding the game’s cover strangely had nothing to do with sex or sexism, violence or racism (as was the case with the cover art for Ubisoft’s Far Cry 4 in 2014).

Actually, most video game fans and pundits were shocked by how lame the Doom box cover art was, which shows a muscle-bound space marine wearing a helmet and a suit, and were it not for the word “Doom” on it, it could easily be confused with that of any generic sci-fi action game. Ben Kuchera of Polygon called it “lifeless and dull”, while Erik Kain of Forbes said that “it’s a generic dude with guns, looking pretty top-heavy, with no hint of his enemies or the setting”. 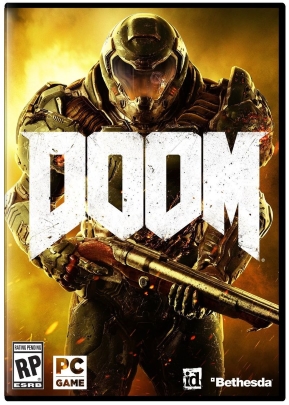 No the most exciting video game box cover art in the world, no doubt…

It is clear though, that Bethesda did not go for an impactful or original cover design for Doom, instead choosing to play it safe, as clearly the average video game fan would be drawn to the space marine cover as it reminds gamers of similar cover art for top-selling games like Halo.

And this is not the first time that a video game cover has generated controversy, though. Back in the 80’s, when video games were thought to be a harmless entertainment for kids, the cover art for the action game “Barbarian” shocked the world. The game’s cover featured glamour model Maria Whittaker in a provocative pose, together with former actor Michael Van Wijk posing as the barbarian.

Suffice to say that Barbarian’s cover caused something of an outrage, with some even calling it “pornographic”. And the fact that the game featured plenty of gory and bloody action did not help matters either. But the game was a success, and it’s superb sequel also got a similar cover back in 1988. 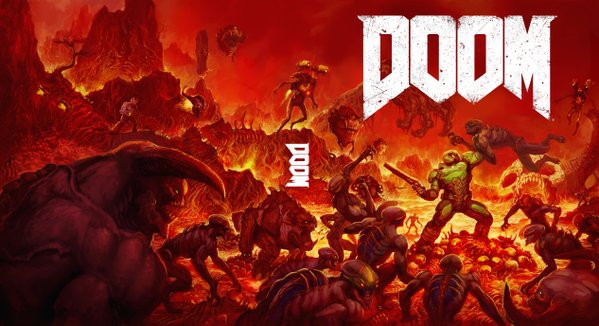 The reverse sleeve cover for Doom is no doubt more exciting than the original cover.

And going back to the Doom cover, at least Bethesda decided to make amends and let fans pick an alternative cover for the game. The cover above was the most voted of the two options offered, and it is no doubt more exciting than the original space marine cover. Although sadly the fan-voted image will only be a reverse sleeve image, while the original image remains as the game’s front cover.

As is the case with books though, it is clear that video games should not be judged by their cover, and if Doom turns out to be a great action game in the vein of the 90’s originals, then most gamers are likely to forget that bland box cover art soon enough…