The Division is clearly one of the top video games of the moment, and is already breaking sales records for French video game company Ubisoft. The game is set in a post-apocalyptic New York City in the aftermath of a biological weapons attack that has left the city in a state of disarray. But thankfully, a group of tactical agents known as “The Division” are attempting to put things right in the beleaguered city, with players taking on a series of missions and side-quests in the game’s single player campaign.

The Division is a  third-person action game and has the typical Ubisoft open-world gameplay, with the added bonus that the missions can also be player cooperatively with others, and the game also features a multiplayer area known as the “Dark Zone”. But while this area has the best loot and gear, entering it is risky because it allows PvP combat, that is, players can turn on each other, making playing through the Dark Zone a rather stressing experience for newcomers. Also, while the game’s recreation of New York really is beautiful, the lack of good characters in the game’s story is something of a sore point.

The game is graphically stunning though, both on consoles and PC, with PC owners having access to quite a few graphical settings like anti-aliasing and texture quality, which can be dialled up depending on how powerful the user’s rig is. And it is true that PC owners have been tinkering with graphical detail settings for ages, looking to find the sweet spot between graphical quality and frame rate (the PC version of The Division can also run at 60 frames per second according to Ubisoft). 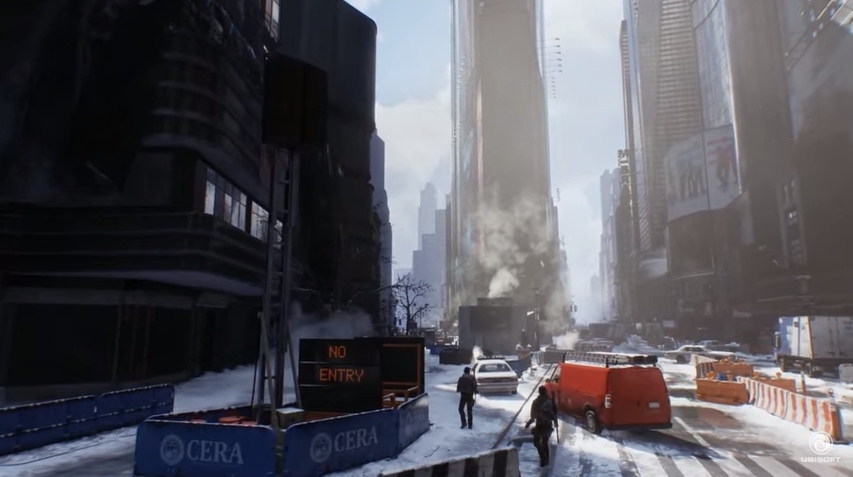 Would console players enjoy tinkering with graphical settings like PC owners do?

But Ubisoft saw fit to include user-adjustable graphics settings in the console version of The Division’s open beta according to eurogamer.net, settings like “chromatic aberration” and “image sharpen” that let users tinker with the game’s graphics, but were removed in the final game.

Featuring these settings in console game might not actually be a great thing, though. Unlike PCs, which can be upgraded to the user’s content with cutting edge components like processors and graphics cards that cost hundreds or even thousands, a console’s hardware is largely fixed. All PS4s, for instance, have the same processor and graphics chip, and it’s up to the game creators to optimize their video game to provide the best experience to the user.

It’s unlikely that a console would want to tinker with settings like “chromatic aberration” though, making things prettier at the cost of lowering the game’s frame rate, because the average console gamer just wants things to work out of the box.

And while PC owners (and in particular PC elitists) might be fond of playing with graphical settings to optimize performance on their machines, that’s because PC games are not optimized to run on any particular hardware configuration. This is due to the lack of unity of the PC platform, and the fact that there are more models of processors and graphics cards than you can shake a stick at.

So it would be a good thing if console owners were spared from having to play with graphical settings like PC gamers do, as it would take away part of the appeal of console gaming, that is ease of use and convenience. Even if being able to experiment with graphical settings in games like The Division can give console owners a taste of how the PC crowd tinkers with game settings, it should be without compromising the accesibility that has drawn millions of people to console gaming.