Much has been made of Uwe Boll, the film director who’s behind a string of video game movie adaptations which have not gotten much love from the critics. And despite the fact that movies like 2005’s dismal Alone in the Dark were not box office hits and were also badly reviewed, German-born director Uwe Boll kept churning these movies out, in a way showing passion for filmmaking and a dedication to his craft…

And although films like Far Cry are amongst the worst video game movies ever made, Boll did have a talent for recruiting some of the best actors around, as the likes of Ben Kingsley appeared in his BloodRayne movie in 2006. Also, renowned German actor Til Schweiger featured in Boll’s 2008 movie adaptation of the Far Cry video game, never mind the fact that the special effects and dialog were risible like in BloodRayne, but that’s Boll for you…

Also, the director had funded most of his movies to date, including his latest film Rampage: President Down, and most were actually made with a very low budget, sometimes letting Boll hire A-list talent for the likes of BloodRayne but not having much left for other aspects of the filmmaking process. 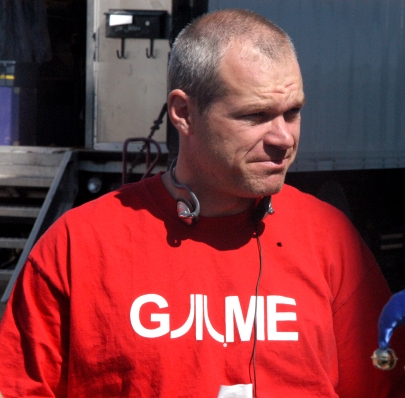 After decades in the filmmaking business, Uwe Boll has now announced he won’t make any more movies…

It’s perhaps due to this that the veteran director is now throwing the towel and not directing any more movies. In an interview, Boll said that “I would be happy to make movies but it is just not financially profitable” and that “I can’t make cheaper and cheaper movies at my age”.

This all comes in the wake of a Kickstarter campaign to fund his movie “Rampage 3” which began in 2015 and which failed to reach its funding goal, likely leading to much frustration for Boll.

According to the interview, Boll will now move on and focus on the movie distribution business, saying he hopes the movies he’s made to date will be “discussed bigger than they were”. And even though few would consider his video game movies masterpieces of cinema, perhaps one day moviegoers will appreciate the video game genre a bit more thanks to the contributions of directors like Boll…