Many gamers could not contain their excitement when it was announced that Halo 5’s Forge tools would be released for PC. These tools allow players to build their own Halo 5 maps on PC, play them and share them with others, Xbox One owners included. It was the first time that PC gamers could dive in to the world of Halo 5, one of last year’s best games, and the latest entry in one of the Xbox One’s longest-running series.

Because even though the likes of Halo: Combat Evolved were released for PC in 2003, it wasn’t a great port and certainly not the best experience on the platform, so many players welcomed Halo 5’s Forge mode with open arms as it was their first taste of a Halo game on PC in over a decade. And many began speculating right away that the release of these creation tools was Microsoft’s way of “testing the waters” before launching Halo 5: Guardians on PC… 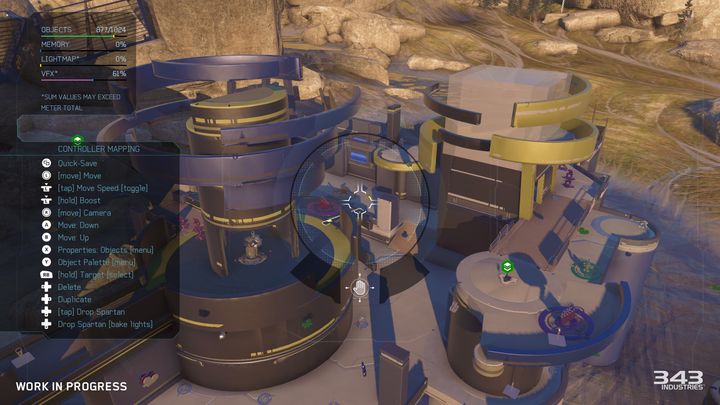 Halo 5’s map building tools will make it to PC, but it’s unlikely the full game ever will though…

But developer 343 Industries quickly doused player’s hopes when they categorically stated that Halo 5 would not see a PC release, with the outfit saying that “we have no plans to release Halo 5: Guardians on Windows 10”, and that the game’s Forge tools “will open up endless opportunities to the PC community to build and play Halo 5 multiplayer content, while also allowing them to share their creations with gamers on Xbox One as well”, according to gaming website GameSpot.

There is still hope for those wanting to play future Halo games though, thanks to an initiative known internally at Microsoft as “Project Helix”. With it, Microsoft will endeavour to bring the PC and Xbox gaming ecosystems closer together, with major releases on the Xbox One seeing a PC release too. We saw this earlier this year with the Quantum Break video game, with the action game / TV show hybrid seeing both a console and PC release.

Other upcoming Microsoft games like Halo Wars 2 will also be coming to PC in the future, making it clear that Microsoft is serious about letting all their future games be played on PC as well as on their Xbox One console.

It remains to be seen though, whether the next major Halo game will see a PC release too, but given Microsoft’s recent trend of dual PC and console releases, this could very well happen. And there’s no doubt that it would be a great thing if PC gamers could enjoy a future Halo game on their platform of choice in the future.

→
Next: Mafia 3 trailer shows New Bordeaux will be a city of contrasts