If one thing is clear, is that Mass Effect 2 is one of the best role-playing video games ever made. This is because the 2010 Bioware game had a great story and gameplay, and a wonderful sci-fi universe that kept players immersed from beginning to end. And let’s not forget Mass Effect 2’s fabulous cast of characters such as the mysterious Illusive Man and the sexy operative Miranda Lawson, a character voiced by model and actress Yvonne Strahovski.

Also, the game’s story about assembling a hit squad for a suicide mission remained exciting until its conclusion, making Mass Effect 2 one of the best action RPGs of the decade. But that game’s follow-up Mass Effect 3 disappointed some gamers due to its infamously weak ending, and for failing to live up to its illustrious predecessor.

Canadian developer Bioware is now gearing up to release Mass Effect Andromeda, though, and the question here is whether Andromeda will manage to top Mass Effect 2, which if it isn’t clear by this point, is unquestionably the highlight of the series.

Andromeda could have a shot at this though, given that it’s a new-gen game and will therefore not only will likely look much prettier than the last-gen Mass Effect 2, but will also be bigger in scope, offering a far larger world to explore. Actually, Andromeda’s planets appear to offer as much content as the large areas players could explore in Bioware’s Dragon Age: Inquisition, judging by a recent preview video which focused on exploration in the new game’s sci-fi universe. 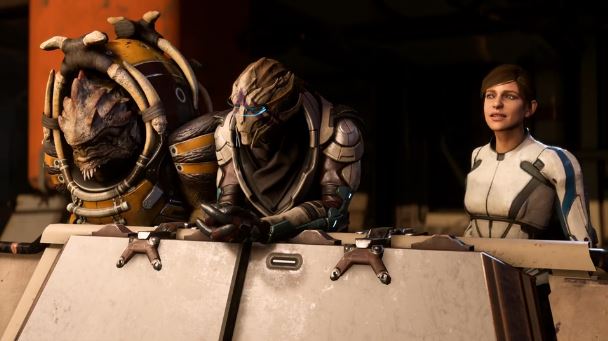 Will Mass Effect Andromeda end up being the series’ best game to date?

It would be a sad thing, though, if Mass Effect Andromeda got bogged down with tedious fetch quests and tiresome level grinding like was the case in Dragon Age: Inquisition, although thankfully Bioware has promised the side quests will be more meaningful and engaging in this new Mass Effect game.

Early preview videos also suggest Andromeda could have a great cast of characters, although it remains to be seen whether the new protagonists Scott and Sarah Ryder will be as fun to play as in Mass Effect Andromeda as Commander Shepard was in the earlier Mass Effect games. Although other characters like soldier Liam Kosta, an Asari alien named Peebee and a doctor voiced by Game of Thrones star Natalie Dormer sure are looking great.

Here’s hoping, then, that Mass Effect Andromeda ends up being something special when it debuts this March, and that this new Mass Effect adventure reminds us of everything that made the Mass Effect series great in the past.