Fans of Sid Meier’s Civilization series were elated when developer Firaxis announced that a new entry in the award-winning franchise is headed our way, and will release on October 21 this year.

And despite the complex and involving gameplay of the Civilization games, the series has a huge following, having sold more than 33 million copies to date. Civilization also saw a console release in 2008 with Civilization Revolution, a game that worked surprisingly well on consoles and mobile devices and was well received, although the series returned to its PC roots with 2010’s Civilization V.

But the upcoming Civilization VI, despite having been announced for PC only, will borrow Civilization Revolution’s colourful art style, which might make the game more accessible for those yet to try Firaxis’ Civilization games.

Civilization VI will also boast several gameplay innovations, the most noteworthy being that a city’s building will occupy individual tiles on the map, called districts. As Firaxis’ lead designer Ed Beach told Polygon, “one district is a military encampment, where your barracks and stables and military academy and those types of buildings go”, adding that “we have 12 different districts and each of them has rules about how you place buildings”. 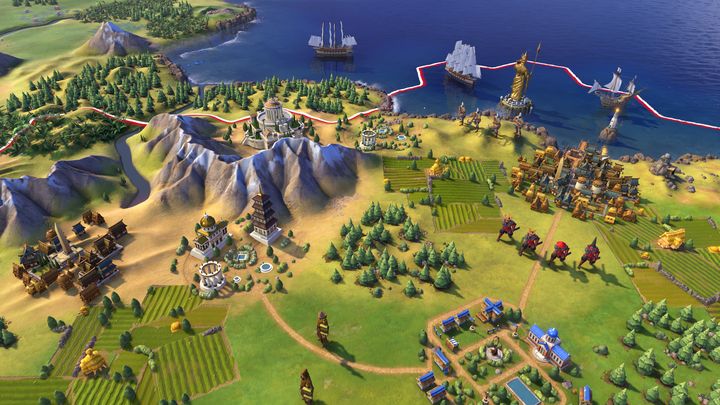 Civilization fans will get another chance to conquer the world in the upcoming Civilization VI.

This will change the nature of warfare too, as enemy civilizations will be able to target individual buildings on the map in order to cripple cities. So if you noticed that one of the enemy’s cities was an industrial powerhouse, you could launch a campaign to destroy the city’s factories, putting a dent on the production capability of the enemy civilization.

And speaking of warfare, Civilization VI, like the previous outing, will also not allow two military units to occupy the same tile, but there will be exceptions this time. For instance, support military units like artillery will be able to share tiles with other units, as will more vulnerable units like settlers.

Regarding research, a novelty is that it will be affected by what your civilization does, making it more dynamic this time. For instance, a Civ with coastal cities building lots of boats will get a research boost for maritime technologies, while an aggressive Civ pumping out lots of soldiers will be able to research military technologies more quickly.

There’s no doubt that Civilization VI’s gameplay innovations sound promising, and if Firaxis is able to tweak the classic formula to add another layer of complexity then this could very well be the best Civilization game to date. Although we’ll have to wait until fall 2016 to find out whether Sid Meier and co can come up with another winning entry in this long-running franchise.

Note: Sid Meier’s Civilization VI will be released on October 21, 2016. Available on PC.

→
Next: Will Overwatch be a bigger hit than The Division?