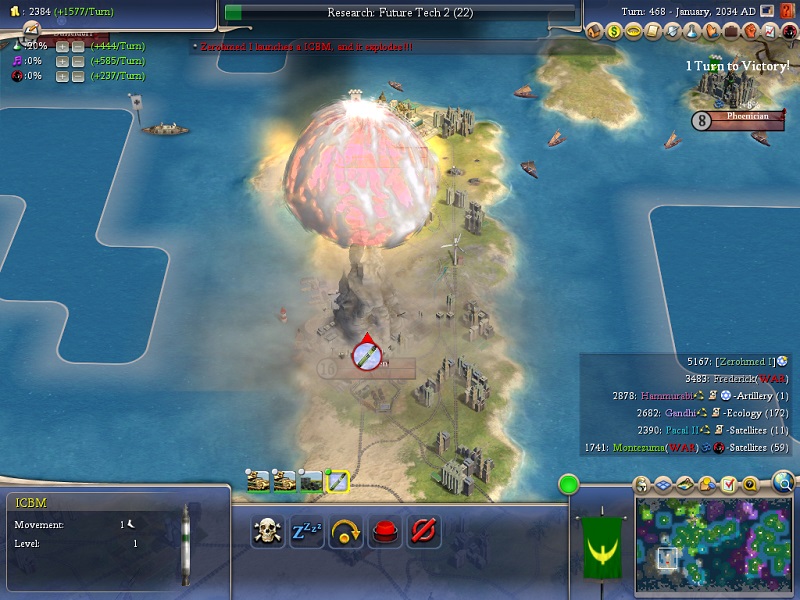 The Civilization series of strategy games for PC have always been rather complicated beasts. And Civilization IV sure was jam-packed with strategic depth. In order to beat this turn-based strategy game, you had to constantly juggle your priorities, taking your civilization from the Stone Age to the Space Age. In between, you had to worry about exploration, diplomacy, research and war. Other leaders were conniving and sneaky and the likes of Ghandi could go from being a trusted friend to nuking you in one turn. The citizens of your empire would remain content if you treated them to luxuries but could revolt if you raised taxes too much.

In the end, winning a game of Civilization IV involved balancing a million things and was quite taxing on the mind. At least you were treated to a classy quote every time you discovered a new technology, read by none other than Leonard Nimoy of Star Trek fame. But given how complex the game was, you could be suffering from information overload by the time your Civilization reached the Space Age.