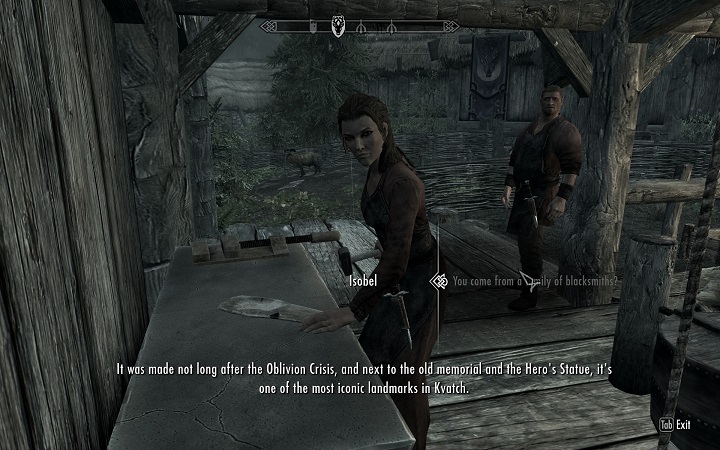 The characters in this mod are chatty to the point of being obnoxious.

One thing that Bethesda has never managed to get right in its games is the Non Player Characters (NPCs). And Skyrim is no exception. The characters are your stereotypical medieval fantasy lot and say things like: “A nord’s last thoughts should be about home”. But never mind, because this user mod aims to add a bunch of “interesting” characters to the game, with “a backstory and an extensive dialogue tree to explore”, according to the authors.

And having tried the thing I can see that the new NPCs do stand out, and not in a good way. It’s like you ended up in a party full of people dressed like Skyrim extras eager to tell their backstory and who were chatty to the point of being obnoxious. A case in point is an orc you encounter in that inn in Riverwood. He’s a former gladiator who can’t stop talking about recipes involving among other things, the toes of giants. At some point I wished one of my conversation options was: “Who wrote your script orc?”