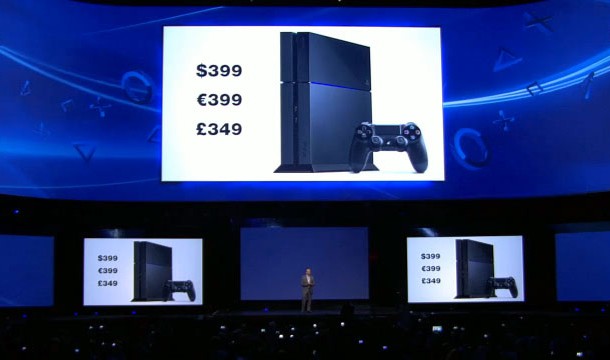 The PS4’s launch price was not sky-high.

Both the Xbox One and PS4 were launched in November 2013, but while the PS4 could be had for $399 (£349), Microsoft’s console came in at a hefty $499 (£429). This coupled with the fact that PS4 is a more powerful console overall, especially in the graphics department, meant that choosing between both machines was a no-brainer for many people.

Although to be fair to Microsoft they managed to undercut Sony in November 2014, when they dropped the console’s price to $349 (£230). It sold without Microsoft’s much-maligned Kinect, and the result was pretty positive, as during that month the One managed to outsell the PS4. But Microsoft still has its work cut out if it wants to match the PS4 sales figures. Although both Sony and Microsoft would need to sell way more consoles (surpass the 100 million mark actually) to match the PS2’s sales figures, still the best-selling video game console in history.