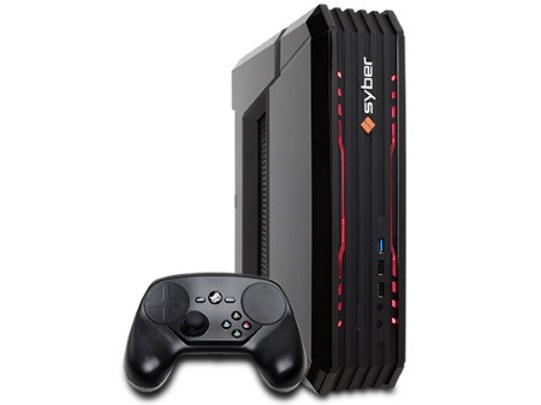 Steam Machines like those made by Syber can be upgraded to your heart’s content, which is great for those who like to tinker with their hardware.

Although PC users are accustomed to upgrading their machines, upgrading is something that console gamers are less familiar with. After all, when you buy a console like the PS4, you know that it will be able to play every game released for it, and adventurous types may at most upgrade the machine’s hard drive.

But Steam Machines are designed to offer true upgradeability, and models like those offered by Asian company Zotac not only allow users to upgrade the machine’s hard drive, but also its memory. And the Steam Machines made by Syber will also allow users to upgrade the graphics card, as these machines are built with off-the-shelf computer parts. Those with fat wallets could also opt for one of Falcon Northwest’s models, which feature fancy extras like a liquid-cooled processor, but come with a whopping price tag of $1,999.99 (£1280).