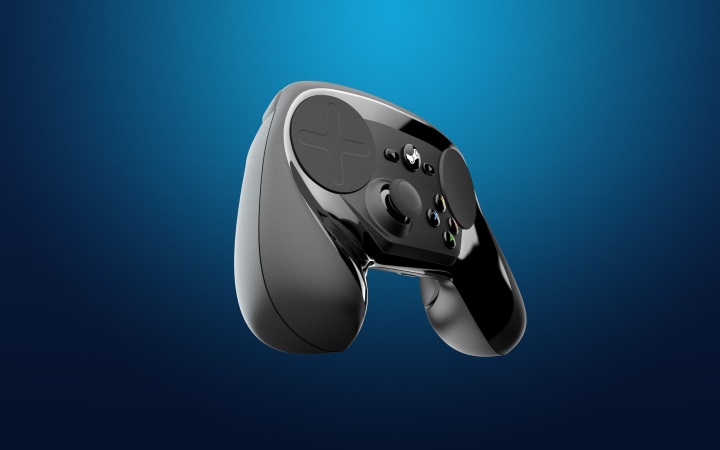 Thanks to Valve’s Steam controller Steam Machine owners will be able to enjoy PC games without lugging a mouse and keyboard around.

Not only will the Steam Machines officially debut on November 10, but Valve will also be offering the Steam Link (which allows gamers to stream their Steam collection to their living room TV) and their fabled Steam controller.

And as you can see in the picture above, the Steam controller is quite different to the PS4’s or Xbox One’s gamepad (it only features one thumbstick, for instance). This is because it has been designed so that PC gamers won’t need their mouse and keyboard when playing games that don’t support a gamepad. An example of such a game would be strategy game such as Blizzard’s Starcraft 2, and also the Total War historical strategy games by Creative Assembly, which were designed with a keyboard and mouse in mind.

But thanks to the Steam Controller, gamers will be able to enjoy this sort of games from the comfort of their couch. And even if Valve’s controller has been called a monstrosity by some, Steam Machine owners will still have the option of using a keyboard and mouse, such as Roccat’s Sova lapboard.