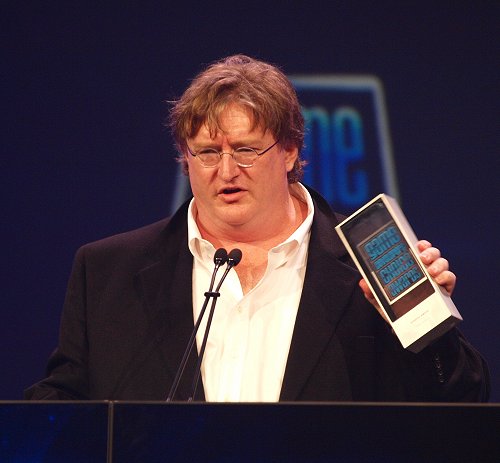 ADVERTISEMENT
Harvard dropout and former Microsoft employee Gabe Newell, who’s known affectionately as “Gaben”, is certainly a legendary figure in the video game world. After all, his development outfit Valve is behind two of the greatest video games ever made, Half-Life and its sequel, even if fans have long bemoaned the fact that Half-Life 3 is still nowhere to be seen…

Most importantly though, Newell’s company Valve Corporation is behind the world-conquering Steam platform which lets PC gamers buy games online from a catalogue of thousands. Suffice to say that Steam has become wildly popular and is the leading online store for PC games in the world, and it almost single-handedly made PC piracy a thing of the past thanks to its seasonal sales, which are some of the year’s top video game events.

Given the fact that he’s behind one of the world’s most dynamic video game companies, it’s not surprising that Gabe Newell is currently worth more than $4 billion US dollars according to Forbes, and given that Valve is now entering the VR market with its Vive headset the man gamers know as “Gaben” might see his personal fortune grow even larger in the future.