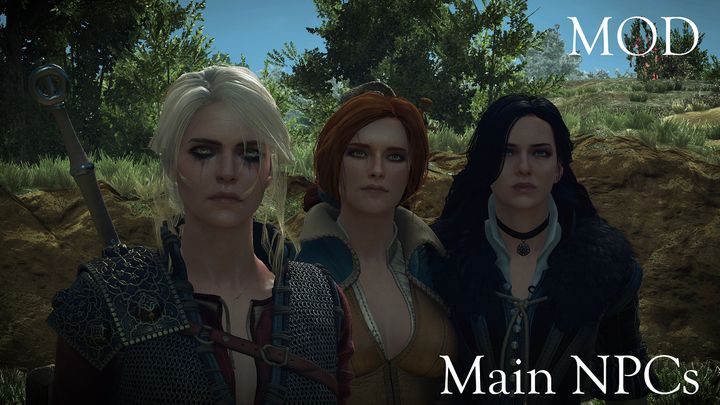 ADVERTISEMENT
If one thing is clear, is that The Witcher 3 does have its share of pretty faces. Amongst these is Geralt’s paramour Yennefer, his old sorceress friend Triss and that naughty witch Keira Metz. Also, secondary characters like peasants and herbalists have vividly animated and expressive faces, proving that dev CD Projekt Red spared no expense when it came to bringing The Witcher 3’s characters to life.

The author behind this mod thought there was room for improvement though, and has been working hard to amp the detail on characters’ faces in The Witcher 3 to an insane degree. Actually, the draw distance for eyes has been increased by 10, meaning the likes of Yennefer or Triss will look better even if you’re looking at them from a distance. This mod also enhances face detail for all secondary characters, while most common non-player characters are covered too, meaning almost everyone in Temeria will be looking quite a bit more beautiful with this mod installed.