Despite earlier rumours that Star Wars’ Daisy Ridley could become Hollywood’s new Lara Croft, it seems that Swedish actress Alicia Vikander has finally snatched the role. Vikander is the second Academy Award winner to play the role, as she won the coveted golden statue for her rule in 2015’s The Danish Girl. She’s also been pretty great in recent box office hits like Ex Machina and The Man from UNCLE.

Alicia Vikander’s casting continues Hollywood’s tradition of casting big-name actresses in video game movies, even if those movies end up being despised by the critics later. The first two Tomb Raider movies released in 2001 and 2003 starred actress Angelina Jolie, who won an Academy Award for her role in Girl, Interrupted, while the 2005 Doom movie featured actress Rosamund Pike, who was nominated for an Academy Award in 2015. 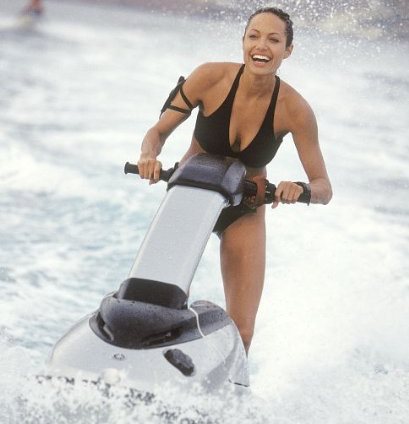 But perhaps two other women feel let down by Alicia Vikander’s casting in director Roar Uthaug’s upcoming Tomb Raider movie. One of them is The Force Awakens star Daisy Ridley, who was in negotiations for the Lara Croft role, while another pretender surely was English actress Camilla Luddington. Because Luddington had lent her likeness and voice talent to the last two Tomb Raider video games, delivering a quite great performance, and perhaps aspired to play the famous heroine on the silver screen too…

But still, there’s no doubt that Alicia Vikander’s is an excellent choice as she’s no doubt one of the most talented women in Hollywood right now, although it remains to be seen how good Roar Uthaug’s movie will be in the end.

The Norwegian director previously helmed the disaster film The Wave and 2014’s Ninja Turtles movie, but the truth is that most video game movies simply haven’t been very good thus far. Although if Uthaug can make the next Tomb Raider both a critical and commercial success then fans of the Tomb Raider games will surely be in for a treat when the movie hits the theatres sometime in 2017.