Many fans are hoping that the latest instalment of the legendary Civilization series, which is slated for an October 21 release, will turn out to be another great strategy video game. After all, the Civilization franchise has millions of fans worldwide and these games are famous for keeping players awake until the wee hours, looking to play “one more turn” on their way to world domination…

And Civilization VI promises to bring more than one improvement to the table, such as the new “city districts” feature and also the fact that researching new technologies in this latest Civilization game actually depends on your surroundings and the map itself, for instance, a civilization with coastal cities building plenty of ships will have an easier time researching maritime technologies than it’s landlocked neighbours. 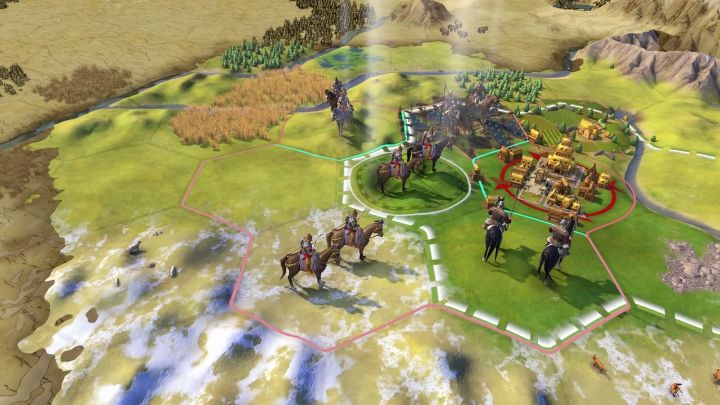 Developer Firaxis has also released a series of preview videos highlighting the different civilizations gamers will be able to play as in Civilization VI like Japan or England, and now we get to see Scythia, which is led by fiery queen Tomyris and is the first brand new civilization in the game, in action in this latest video.

This is due to their deadly Saka horse archers, which have several advantages on the battlefield. Not only do they get bonuses when fighting wounded units in battle, but they also heal a bit when defeating them, which will certainly help make Scythia’s troops deadly in combat in Civilization VI. Also, creating Saka archers takes no “horse resources”, and the Scythians can create two of these units at a time too, so messing around with them in the early game is definitely a no-no.

The Scythians also get upset with those civilizations which resort to surprise warfare in the game, so one has to be extra careful when facing Scythia in a game of Civilization VI, even if the real Scythia could not stand up to the Roman Empire in ancient times and was eventually conquered, though…

But still, it is a great thing that Civilization VI will offer such a varied roster of leaders and civilizations, allowing for many different playstyles and ways to enjoy the game, and it would certainly be fantastic for the millions of Civilization fanatics out there if this was the best game in the series yet when it hits the shelves later this year.

→
Next: 5 video games in which you play multiple characters