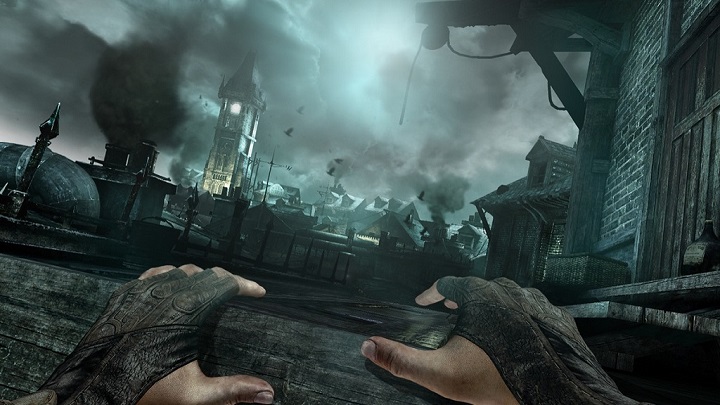 Thief’s city is dark and atmospheric but no match for Dishonored’s Dunwall.

Both games feature drab, depressing and plague infested cities. But Dishonored’s city of Dunwall is better realized and detailed. You might encounter posters advertising old-fashioned shops, rats scavenging for food or a group of city guards throwing the corpses of plague victims in a river. Dishonored’s city is one that truly feels lived in.

Thief’s Victorian city, on the other hand, while suitably dark and atmospheric, does not have as much fine detail. It also feels cramped, and the different areas that make up the city are separated by loading screens, which obviously hurts immersion. It is no match for Dishonored’s Dunwall.