John Romero, a former lead designer at id Software, is clearly one of the best-known personalities of the video game world. After all, the man was one of the masterminds behind the original Doom game released back in 1993, which is one of the most influential video games ever made.

And even if Romero didn’t find much luck after leaving id, as he was behind the ill-fated Daikatana game (one of the most notorious video game flops of all time), he will still have a special place in gamer’s hearts for his contributions to Doom.

It’s clear that Doom has also been a controversial game, though, as the moral guardians were quick to blame the game for real-life violence back in the 90’s, and some misguided folk even blamed Doom for the infamous Columbine school shootings in the US.

John Romero also had a few words to say about video game violence during the GameON Ventures conference held this month in Toronto, though. As reported on GameSpot, the veteran designer said at the event that “it’s not the game, it’s the gun” and that “plenty of countries play games. Canada, Germany, Japan, England, Ireland… They’re all hardcore consumers of games, yet we don’t see similar outbreaks of violence in these countries ”. 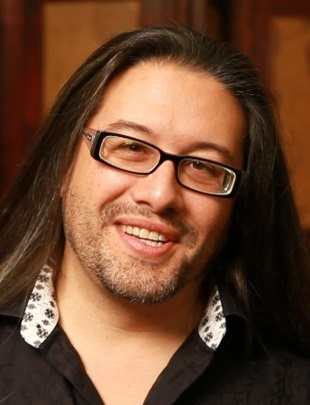 Ace video game designer John Romero had plenty to say about games at a Toronto conference this month.

Romero clearly has a point, as it’s not like video games invented violence or that violence did not exist in society before the electronic game came to be, even if it’s clear that video games like GTA V undoubtedly feature violent content.

Also interesting are John Romero’s words about what can be considered a video game or not, as some have argued that indie games like Gone Home and Her Story are not actually video games at all, and more like simple interactive experiences instead. The latter in particular just involved searching a police database for clues needed to solve a murder mystery and its short length and lack of interaction led many to think Her Story wasn’t much of a game.

The veteran Doom designer has another viewpoint, though, saying at the Toronto conference that “as we expand the boundary of games, people question whether it’s a game at all. Is Gone Home a game? Is Life is Strange a game? Is Her Story a game? Yes, I think they are”.

Regarding Romero’s recent projects, the Doom designer was behind the likes of indie game Technodash, and is now working on the innovative first person shooter Blackroom (which is slated for release in 2018), and hopefully the veteran designer will keep making great contributions to the video game industry well into the future.