Her Story was released to critical acclaim last year, as the murder investigation video game made many top game lists and was also one of the top nominees at the 2015 Game Awards. The game is the brainchild of designer Sam Barlow, who proved with his earlier Silent Hill: Shattered Memories that he’s pretty good when it comes to creating an atmosphere of suspense.

Her story had players searching a police database and watching a series of video clips of a woman being interviewed by the police, in order to unravel a murder mystery. These videos featured British gymnast Viva Seifert, who played her character brilliantly and made the story such an engaging experience.

In each new video, players would get new information to input into the game’s police database, such as the name of a character or a specific event in their lives, which would deliver a new slew of videos to watch and discover new information, allowing players to connect the dots and solve the murder.

But the clever thing about Sam Barlow’s game, apart from the great writing and the superb acting, is how the story would feel scripted no matter in which order the player discovered the videos, with all the story’s elements falling into place neatly, which is no small feat considering that there were dozens of videos to watch. 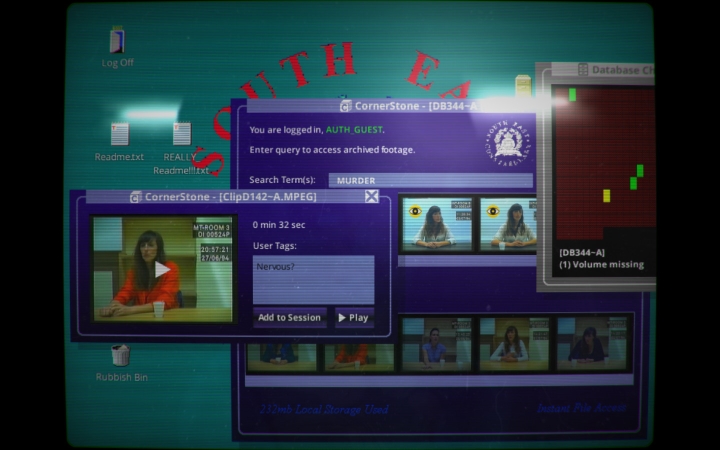 In Her Story, players searched a police database for videos… and little else.

And given Her Story’s success, it is not surprising that designer Sam Barlow is working on a sequel to the original game. It won’t be related to the original, as the designer announced on his Twitter account, although it will also feature live action scenes and will be more of a spiritual successor. And no doubt Her Story fans are rejoicing at the news, but does the video game world need another pseudo-interactive game like this one? And how much of a video game was Her Story anyway?

Some would argue that Sam Barlow’s game is little more than a collection of You Tube videos. Superbly acted and scripted ones perhaps, even up to Hollywood standards, but to many the game was little more than a video clip database, no matter how fascinating the story it told was.

Actually, players could plough through the story in not much longer than it would take to watch a feature film, with the game not having much replay value after that. If we compare Her Story to one of 2015’s top games, Bethesda’s role-playing epic Fallout 4, which offered hundreds of hours of gameplay in its post-apocalyptic world, then Sam Barlow’s game clearly pales by comparison.

Also, when it comes to interactivity, Her Story just involves searching for clips in a database and watching videos, while a game like Fallout 4 has gameplay that involves exploration, shooting, crafting, upgrading gear, solving numerous quests and meeting and conversing with many characters. It is clear that when you compare Her Story to some of last year’s heavyweights like Fallout 4 and The Witcher 3, it is easy to argue that Sam Barlow’s game, is well, not much of a video game really.

But still, those looking to unravel a mystery like in Her Story, searching for video clips that reveal a character’s troubled life and story, have Her Story’s sequel to look forward to. And even if not everyone would use the word “video game” to describe the sort of experience these games offer, at least Her Story 2 will likely offer a story as fascinating and engaging as the original game did.

→
Next: Canadian Teen Spends $8,000 on FIFA: Are Microtransactions Evil?