One of the biggest video game announcements made during Sony’s reveal event this June was Hitman III. This game will conclude the trilogy which began with 2016’s Hitman reboot, and is surely one of the most eagerly anticipated video games to hit shelves next year.

The game has no exact release date as of yet, although Danish video game developer IO Interactive has announced a January 2021 release for their upcoming Hitman game. Aside from releasing on PS5, this will also be available for PS4, Xbox One, Xbox Series X and PC.

Unlike Hitman 2016, which was released episodically, Hitman 3 will be a single game comprising six locations which will all be available at launch, as was the case with its predecessor Hitman 2.

Actually, the first of these has already been showcased by developer IO Interactive. A cinematic gameplay trailer put out together with the game’s announcement trailer shows Agent 47 will be travelling to the Middle East in Hitman 3’s first mission, which will be set in Dubai.

The trailer below also shows the game’s protagonist Agent 47 scaling the heights of a building which looks like the Burj Khalifa tower in Dubai (a bit like in the 2011 Mission Impossible: Ghost Protocol film, then).

This looks like it will be a very detailed location with many points of entry and gameplay possibilities like the very best which have featured in the series to date, meaning Hitman fans will surely be happy to jet off to exotic Dubai in Hitman 3 when the game is released early next year.

Hitman 3 also looks like it could be a great entry point for newcomers to the series, because as game makers IO Interactive explain on their website, all locations from the previous two games will be playable in Hitman 3, letting players enjoy the entirety of the “World of Assassination” trilogy from within Hitman 3. And better still for those who have been playing the earlier Hitman 2 for a while, all progression and unlocked gear (such as weapons and clothing) will carry over to Hitman 3 as well.

Of course, none of this matters if Hitman 3 isn’t any good, but taking into account how great both Hitman 2 and Hitman 2016 were, it’s hard to think that Danish outfit IO Interactive won’t deliver the goods this time.

This is especially true taking into account that this is the first Hitman game that the company will self-publish. After IO’s breakup with Japanese publisher Square Enix in 2017, the company had to look for a new publisher while in the midst of making Hitman 2, which was finally published by Warner Bros.

Read more: Ranking the Hitman games from best to worst

This time, though, the company is going alone and will have to worry about getting the game on the street too, something which could detract from the making of Hitman 3, although it could also encourage IO to deliver the best Hitman game it can to fans. And here’s hoping that both long-time players and newcomers get the game they deserve next year…

Hitman 3 will continue the story which began in Hitman 2016 – a conspiracy-soaked, convoluted plot in which Agent 47’s employer the ICA found itself pitted against a shadowy organization known as Providence, and also had to deal with a renegade hitman named Lucas Grey. This character will be returning in Hitman 3, and so will Agent 47’s long-time handler Diana Burnwood, who might have a bigger role to play this time around as seen in the game’s trailer. 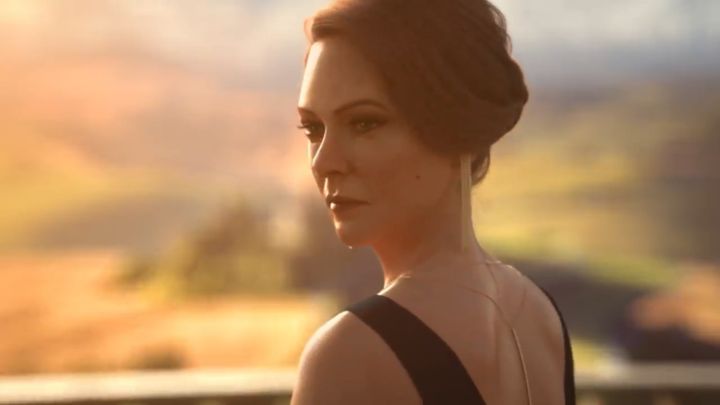 Diana Burnwood is coming back in the next Hitman game.

Also, those who play on PC will want to know whether their machine will be up to the job of handling Hitman 3. But while IO is yet to reveal the system requirements for its next Hitman game, it’s unlikely this game will be much more demanding than 2018’s Hitman 2.

However, taking into account that Hitman 3 uses the latest iteration of IO Interactive’s Glacier engine and that it will be launching on next-gen consoles too, PC players might want to make sure their machine meets at least Hitman 2’s recommended requirements for a good gameplay experience.

And taking into account both Hitman 2016 and Hitman 2 had the same minimum system requirements, it’s likely Hitman 3 won’t be much more demanding on PC despite its next-gen focus, although we won’t know for sure until official system requirements are revealed by IO Interactive itself.

What’s clear, though, is that this will be one of the biggest games coming in 2021, so hopefully it will be a fitting end to the current Hitman trilogy when it arrives early next year.

Update: IO Interactive has revealed the exact release date for Hitman 3 (January 20, 2021) and the PC system requirements for the game, which follow below.

→
Next: Ubisoft explains how progression is changing in Assassin’s Creed Valhalla
Share this >
YOU MAY ALSO LIKE
MORE ON LAKEBIT