Danish video game developer IO Interactive surprised many with Hitman 2 in 2018, as the game managed to live up to 2016’s fabulous Hitman reboot. It’s arguably one of the best Hitman games made to date, and surely left many people longing for another entry in the series.

And thankfully Danish developer IO confirmed that a new Hitman game is in the works in November last year, with the company saying that the new entry in the series is “well underway”.

The company did not provide a release date, though, but a rumor doing the rounds on website resetera.com says we can expect Hitman 3 (if that’s indeed the title of this upcoming Hitman game) to land in holiday 2020.

Lending credence to this rumor is the fact that it also refers to three other games to be published by Warner Bros., one of which has already seen a release.

This is Mortal Kombat 11’s Aftermath expansion, which according to the rumor would arrive this summer 2020, but actually came out in May (the rumor did not reveal Aftermath featuring Robocop as a guest character though).

This also points to a new Batman game hitting shelves in fall 2020 and provides some details about it, but Warner Bros.’ launching of a new Batman game is pretty much common knowledge right now – it remains to be seen whether it actually arrives this fall 2020.

Read more: New Batman: Arkham game will be a reboot of the series, says report

Going back to Hitman 3, it’s very likely this will offer a very similar experience to both 2016’s fantastic Hitman reboot and its 2018 sequel. Both these games offered many interesting locations to explore and ways to deal death playing as the game’s protagonist Agent 47, although I would say that Hitman 2016 was actually better in this regard. Its Paris and Sapienza levels are amongst the best ever in a video game, although Hitman 2 did offer as many interesting and devious ways to kill your targets as the first game did (see here for a review).

Hitman 2, though, lacked the superb motion-captured cutscenes Hitman 2016 featured. These helped immerse players in the story and were a joy to watch – here’s hoping Hitman 3 brings back the cutting-edge cinematics and also delivers an interesting story to follow like the first game did. 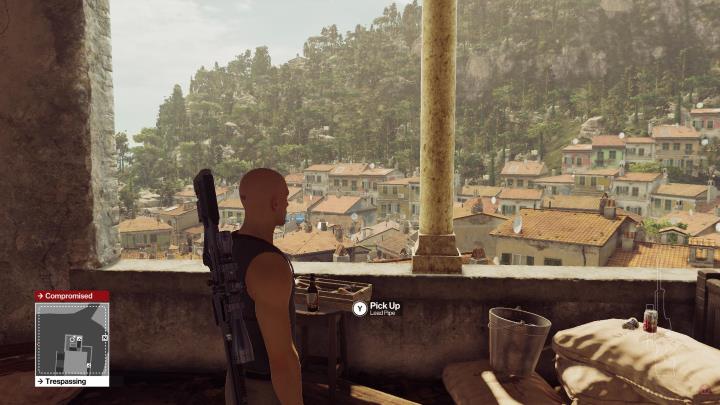 Will Agent 47 be returning this year?

Of course, it’s the sandbox gameplay which made both Hitman 2016 and Hitman 2 so much fun to play through.

Playing as Agent 47, a professional Hitman working for a mysterious agency known as the ICA, you had several targets to kill in each mission. Wandering huge locations like a coastal Mediterranean town in Italy or the jungles of Colombia, you could put an end to your targets any way you wished, either using poison or the sniper rifle for a long distance kill (or maybe an axe when subtlety wasn’t called for).

IO Interactive made a good move by taking the Hitman series back to its roots in 2016, after the more cinematic and often linear Hitman: Blood Money left many long-time fans of the franchise disenchanted back in 2012. The Danish studio has already revealed that this current run of Hitman games will be a trilogy, so there’s one final game to go before the series takes a new direction with whatever IO is planning for after Hitman 3.

And hopefully Hitman 3 will be as good as the earlier games in every regard, so if rumors are confirmed and indeed Hitman 3 launches later this year, it would be a great thing if developer IO Interactive is able to deliver another great entry in the long-running Hitman series in a couple of months’ time.

Read more: Ranking the Hitman games from best to worst

→
Next: These Ubisoft games sold more than 10 million copies this console generation
Share this >
YOU MAY ALSO LIKE
MORE ON LAKEBIT