Hitman 3 was one of the top games of 2021. It put an end to the “World of Assassination” trilogy which began with 2016’s Hitman reboot.

And even though Hitman 3 might be the weak link of the modern Hitman trilogy, it’s undoubtedly a blast to play through. This is due to the game’s great locations, which include a nightclub in Berlin and an English manor amongst others.

The English manor level in particular is a standout as it presented a murder mystery for players to solve: although you knew before the mission whom your target was (a despicable old lady tied to a powerful secret organization), solving the murder mystery and picking the right suspect was the most satisfying way to complete the mission by far.

You see, while the Hitman is a trained killer and is aided by his handler Diana during missions, you always know who your target (or targets) are before you begin a mission. But a new user mod for Hitman 3 available on nexusmods.com (via PC Gamer) spices things up by adding multiple suspects to each mission, only one of these being the target you have to kill.

According to its author, the Minilancer mod “randomly generates several suspects, but only one of them is the target. You can identify the target only with the help of four clues. All the items that you found on the levels are saved and transferred to the next levels, but be careful – the failure of the mission will lead to the loss of items”.

As seen in the screenshot below, one of your targets in the game’s Mendoza location is a syndicate member (according to the text description in the top left corner), while all the characters in the level who are suspects are highlighted in red. Protagonist Agent 47 will have to do a little detective work, searching for clues in order to identify the perp and nail him, to move on in the campaign. 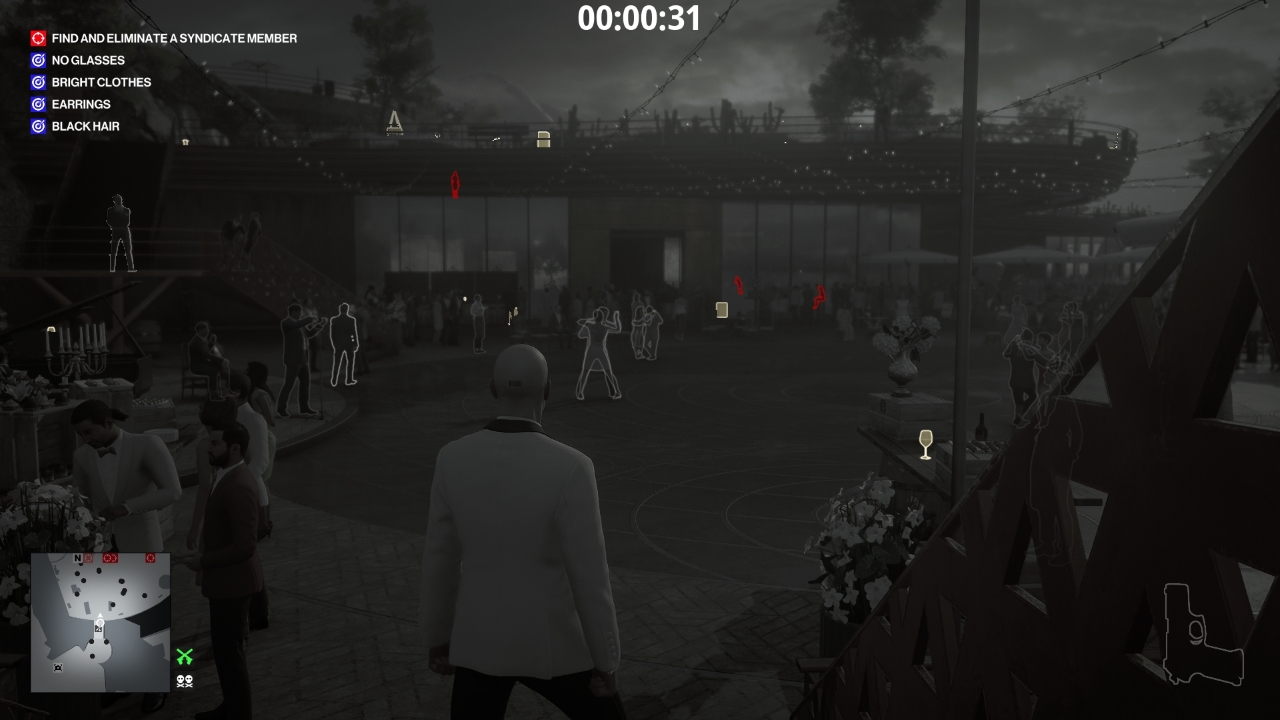 The Minilancer mod supports all of Hitman 3’s locations except the final train level, which obviously was a poor fit for the open-ended gameplay it offers as it is a linear, action-focused level and arguably the worst the game has to offer. The recently added Ambrose Island location does not appear to be part of the Minilancer mod either.

Also, this Minilancer user mod seems to be inspired by IO Interactive’s upcoming Freelancer mode, the latter obviously being more complex and larger scale than what’s offered by Minilancer, and is scheduled for release in early 2023.

Nonetheless, this could be an interesting diversion for dedicated Hitman players, although IO Interactive has continued to release content for Hitman 3 in its second year in the market as the Danish studio gears up to release its next big game.

Read more: IO Interactive’s James Bond game could be in third-person like Hitman

→
Next: Starfield game director says Xbox exclusivity is “awesome”, but the game still has no release date
Share this >
YOU MAY ALSO LIKE
MORE ON LAKEBIT