If there’s one game video game fans worldwide are waiting for, it’s Starfield. This role-playing game set in a future universe has drawn plenty of attention since its announcement at E3 2018, even if very little of the game has been shown so far.

One point of contention regarding the game, though, is it’s Xbox exclusivity. This is because while many gamers were expecting to be able to play Bethesda’s next-gen RPG on the PS5, they were met with news that the game would be an Xbox exclusive, and would be only launching on Xbox Series X/S and PC in the first half of 2023.

But in a recent interview on Lex Fridman’s podcast, Bethesda Game Studios game director Todd Howard said the game’s Xbox exclusivity was “awesome”, as was recently covered on Pure Xbox.

“From a development side, I like the ability to focus…and have help from them – the top engineers at Xbox, to say ‘we are going to make this look incredible on the new systems’, is like from my standpoint, it’s just awesome”, said Howard.

The Bethesda man also alluded to the fact that Starfield’s Xbox exclusivity wasn’t a strange thing at all… After all, their earlier game The Elder Scrolls III: Morrowind was exclusive to Xbox consoles and PC, while their later game Oblivion only came to PS3 more than a year after it hit the Xbox 360 and PC.

“It is exclusive – Xbox, PC…keep in mind for us that exclusivity is not unique even though we’ve done PlayStation stuff…we were traditionally PC developers in the beginning, we transitioned to Xbox, [it] became our lead platform”, said the Bethesda man in the interview.

But still, no Starfield on PlayStation consoles will be a hard pill to swallow for many gamers, even if this is a logical consequence of Microsoft’s acquisition of Bethesda and its parent company Zenimax back in 2020. 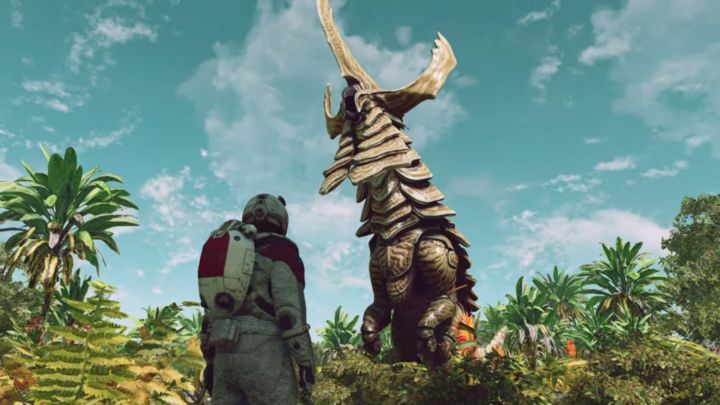 Starfield is one of the most eagerly anticipated games of all time, but doesn’t have a release date yet.

You see, the game currently has no release date, but would have been out on 11.11.22 (exactly 11 years after the company’s The Elder Scrolls V: Skyrim game) had Bethesda stuck to its original release date. This is something that Microsoft’s head of gaming Phil Spencer commented on earlier this month, justifying the delay of the company’s sci-fi RPG.

“We have experience shipping games too early, but in hindsight when you look at a game like Starfield, which has taken so long and so much investment in new IP from the team, the decision to give the team the time to build the game that they feel they should be building is just the right thing to do”, Spencer told The Verge (via PC Gamer) in an interview.

Spencer also said that he wanted “teams to feel like they own their dates”, but hopefully this does not mean the game might be delayed even more and miss its expected release window in the first half of 2023.

It would be a great thing too if Starfield turns out to be a that special RPG people are hoping it will be, something more than just “Skyrim in space”. Bethesda Game Studios’ Todd Howard has said the game will “look incredible” on Microsoft’s new-gen consoles, so hopefully the company will live up to its promise and deliver an amazing game next year.

→
Next: Far Cry 6 to get sci-fi themed expansion, free trial and new game plus mode
Share this >
YOU MAY ALSO LIKE
MORE ON LAKEBIT