Microsoft is one of the largest technology companies in the world, and there’s likely not a single person on Earth that doesn’t know about the company Bill Gates and Paul Allen founded way back in 1975.

And like most technology companies Microsoft had gone through a golden age in the last couple of years, as technology shares in the American stock market reached unprecedented heights until late 2021.

The year 2022 was a different story, though, and now the threat of a possible recession this year, and the fact that the COVID-19 pandemic isn’t over yet, has motivated Microsoft to announce thousands of job cuts across the company, including at its Xbox studios which make games for PC and its Xbox line of consoles.

As covered on GameSpot, company CEO Satya Nadella told staff in a memo that the layoffs beginning this January would end in the third quarter of 2023. The 10,000 people getting the boot in the months to follow only represent a small percentage of Microsoft’s workforce, which numbers more than 200,000 employees. But Nadella acknowledged the process would be challenging for those leaving the company.

“It’s important to note that while we are eliminating roles in some areas, we will continue to hire in key strategic areas. We know this is a challenging time for each person impacted. The senior leadership team and I are committed that as we go through this process, we will do so in the most thoughtful and transparent way possible”, said Microsoft’s boss.

Employees being fired will get Microsoft’s “full support” according to the CEO, so they’re not just being cast out into the cold. Meanwhile, Microsoft will give those leaving the company support in the way of “career transition services”, and also “above market” severance pay amongst other things. 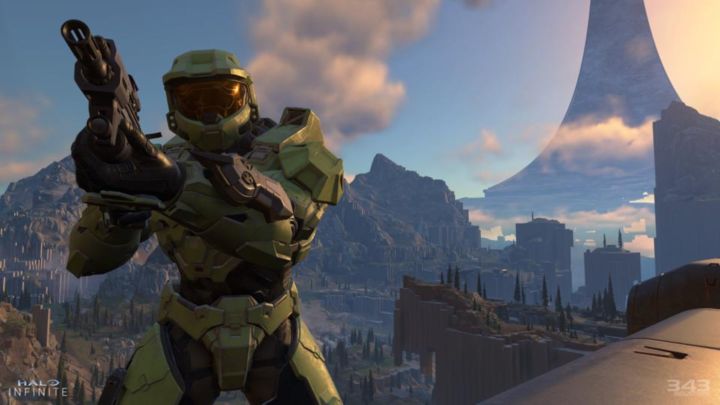 Halo Infinite-makers 343 Industries have reportedly been affected by Microsoft’s job cuts too.

A good thing for those being laid off at its Xbox studios too, which according to a Bloomberg report are affected by this latest round of job cuts at the Redmond company.

For instance, according to a Bloomberg reporter “343 Industries was hit hard”. The Microsoft studio has been making Halo games for over a decade now, and were responsible for the latest and greatest in the series, Halo Infinite. The studio’s headcount according to Wikipedia is 450, but it may end up being a bit lower after Microsoft’s current round of firings ends in March.

Apparently, video game studios belonging to Bethesda Softworks (which Microsoft completed the acquisition of in 2021) are also affected. Two of the biggest games coming 2023, Starfield and Redfall, are being made by two of these studios. Bethesda Game Studios is currently hard at work on Starfield and plans to release it in the first half of the year, while Arkane Studios is also planning to release its eagerly anticipated, Far Cry-inspired Redfall game in the first half of 2023. Let’s hope the job cuts at Microsoft don’t derail these plans.

Also, aside from the still ongoing pandemic and the feared recession which could materialize this year, there’s also the fact that Microsoft is still busily trying to complete its acquisition of Activision Blizzard, the company behind the Call of Duty behemoth and other games like World of Warcraft. Regulators and competitors like Sony have been trying to block it at every turn, but were it to succeed, Microsoft would end up with more than 9,000 new employees in its roster, another reason for the recent layoffs perhaps…

Either way, here’s hoping that those fired from Xbox studios and other Microsoft divisions find new gainful employment soon enough, so that no talent goes astray despite Microsoft’s recent job-cutting move.