It may be one of the biggest companies in the video game arena, but Activision Blizzard will soon be part of Microsoft. The Redmond company announced it is going to pay a whopping $70 billion US dollars to acquire the outfit behind Call of Duty and World of Warcraft.

And make no mistake, this is surely the biggest ever acquisition of this sort in the video game industry, one which makes Microsoft’s earlier buyout of Bethesda and its parent company Zenimax for $7.5 billion look like small potatoes by comparison…

The deal is still to get a nod from regulators in the US, who may wince at how much control this gives Microsoft over the gaming space. The Redmond giant not only makes and sells the Xbox line of consoles, it is also one of the top games’ publishers, and owns some of the largest video game franchises like Minecraft and The Elder Scrolls, and soon Call of Duty, World of Warcraft and others like Diablo, which will come under Microsoft’s domain after the Activision Blizzard acquisition.

But the thing is that being part of Microsoft might actually be a good thing for Activision Blizzard, which in recent times has been rocked by a sexual harassment scandal that shook the video game industry to its core… It was one of the top video game controversies of 2021 for sure, but with Microsoft’s CEO of gaming Phil Spencer (someone who has harshly criticized Activision Blizzard about the matter) supervising the company, things could improve at Activision Blizzard. It remains to be seen whether coming under Microsoft’s wing will bring dramatic changes to the company’s culture or not, though.

Meanwhile, Activision CEO Bobby Kotick, who faced much criticism for not doing enough to improve the company’s culture of discrimination, will be out of Activision Blizzard once Microsoft completes the acquisition according to a report on VGChartz. Who will succeed him as CEO remains a mystery.

Aside from this, Microsoft taking control of Activision Blizzard also poses an interesting question for the future of the Call of Duty series: will it still be on PlayStation consoles once it becomes part of Microsoft? Microsoft will obviously want Call of Duty and other Activision Blizzard games on its Xbox Game Pass service, as it said so recently in a statement (via Forbes).

“Upon close, we will offer as many Activision Blizzard games as we can within Xbox Game Pass and PC Game Pass, both new titles and games from Activision Blizzard’s incredible catalog. We also announced today that Game Pass now has more than 25 million subscribers. As always, we look forward to continuing to add more value and more great games to Game Pass”, said Microsoft in its statement. 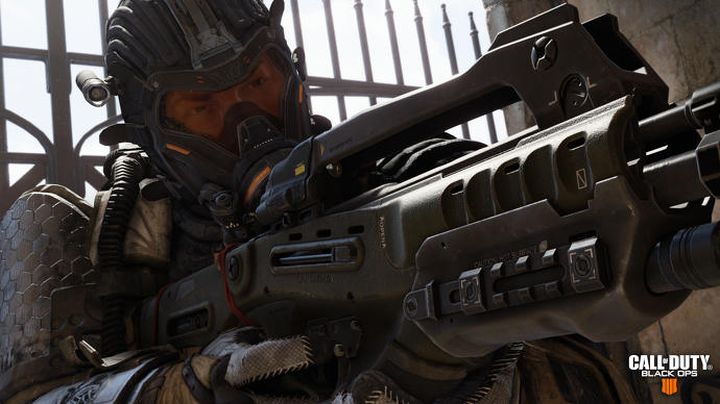 Will Call of Duty become Xbox exclusive once Microsoft takes over Activision Blizzard?

It would seem unwise, though, for Microsoft to shun the PlayStation ecosystem and not bring Call of Duty games to Sony’s console, as the PlayStation user base is too big to ignore. This possibility cannot be ruled out completely though, as Microsoft made the decision not to bring Bethesda’s upcoming game Starfield to the PlayStation 5 after it bought the company. Microsoft did keep Minecraft multiplatform after buying Mojang Studios back in 2014 though.

Hopefully, though, Call of Duty will continue to release on PlayStation. This is something Microsoft’s Phil Spencer talked about in a recent tweet (via Eurogamer), saying that “I confirmed our intent to honor all existing agreements upon acquisition of Activision Blizzard and our desire to keep Call of Duty on PlayStation”.

Spencer’s words may bring some relief to Call of Duty players on PlayStation (and also to Sony), but there’s still no guarantee Call of Duty will never become an Xbox exclusive in the future now that Microsoft is going to acquire Activision Blizzard.

Once Microsoft takes over, though, it be nice to see a little more variety from Activision, as most of its studios are focused on Call of Duty at the moment, which does make sense taking into account what a cash cow the franchise is. These include well-known ones like Infinity Ward, Treyarch and Sledgehammer and also lesser-known ones like Beenox and Activision Shanghai. Maybe once Microsoft takes control Activision will diversify its portfolio a bit more and deliver different things as one Forbes contributor has pointed out, shaking things up to come up with new game franchises, but this is a question that only time can answer though.

Either way, this surely is an exciting moment for gamers worldwide, so it would be a great thing if Microsoft is able to make the most of its Activision Blizzard purchase for the good of those who enjoy gaming on PC or console, then.