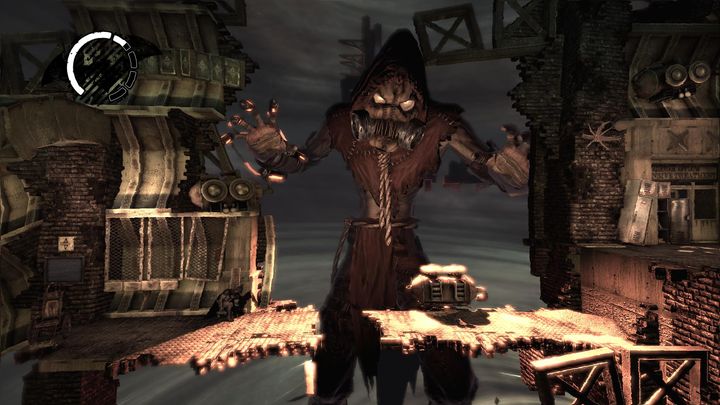 The dream sequences involving Scarecrow are some of the best bits of this Batman game.

After previous games featuring the Caped Crusader had disappointed Batman fans, British developer Rocksteady made the Dark Knight a force to reckon with in video games again with Batman: Arkham Asylum. And this not only featured a superbly-realised cast of characters, with the likes of the Joker, Harley Quinn and Scarecrow looking great in the game – the voice cast did a fabulous job here as well. Actually, Kevin Conroy as Batman and particularly Mark Hamill were memorable, and would continue to delight players in later games too.

This also had action to die for. Actually, the third-person, free-flow combat was a fantastic aspect of the game. Playing predator and silently taking down a gang of armed thugs without any of them noticing was a thrill too… The dream sequences involving villain Scarecrow were also a highlight here, challenging you to dodge the attacks of a gigantic version of the masked villain in a dream world existing in Batman’s mind. All in all, Batman: Arkham Asylum was a stunning debut for the Batman: Arkham series, even if admittedly thwarting Joker’s evil plans in the games that followed was even more fun.