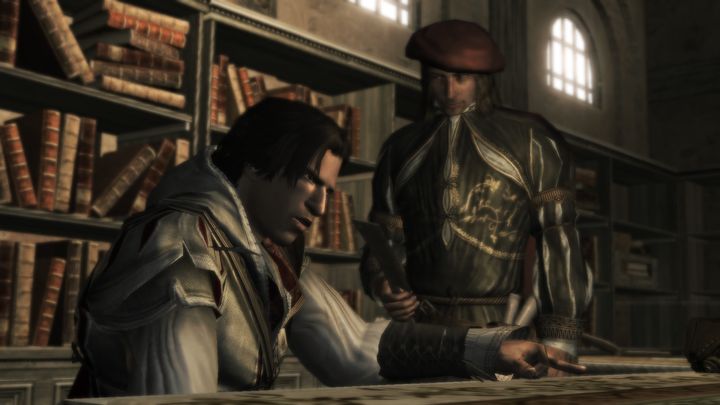 Superior to the original, and still the best Assassin’s Creed to date.

It’s rare when a video game sequel puts the original game to shame. But this is what Ubisoft did with Assassin’s Creed II, a sequel so superior it makes the 2007 game look like a tech demo. This also boasted a much better main character – Italian womanizer Ezio Auditore sure is one of the best characters in gaming to date. And it’s hard not to feel sympathy for him early on either, as his family is betrayed by the Templars in Florence. Also, the Italian city looks great in the game, making it more of a pleasure to stab those Templar bastards to death here.

When you’re done exploring Florence, you’ve also got Venice and a bit of Rome to explore. And let’s not forget Ezio’s home base of Monteriggioni – there’s a load of trinkets to collect and puzzles to solve there too. Better still, the original’s repetitive missions and story are replaced by an in-depth plot and comprehensive open world activities here. Plus, Assassin’s Creed II also has an ending which might very well blow your mind when you see it… A video game classic then, and one anyone even remotely interested in Assassin’s Creed should play. 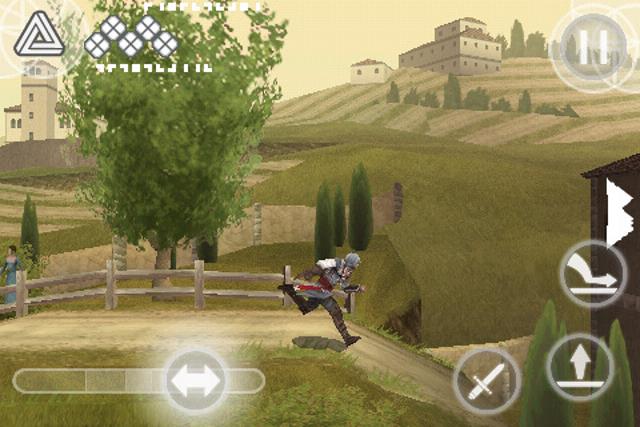 Given the success of the great Assassin’s Creed II, you can’t blame Ubisoft for releasing another iteration of the series for the Nintendo DS and mobile devices. Unlike the 2009 console game, though, this is a linear 2D side-scrolling adventure with some good combat, puzzle-solving and fast-paced action.

And although it would be easy to dismiss this continuation of Ezio Auditore’s tale from the 2009 console game as Sonic the Hedgehog meets Assassin’s Creed, it’s actually a pretty good game in its own right. There’s also a good story here set during the time of the Spanish Inquisition (the setting for the later movie adaptation), giving players an incentive to get through some of the not so great platforming sections in order to find out what happens next in this pretty good Assassin’s Creed adventure.

Came out on: iOS and Nintendo DS. 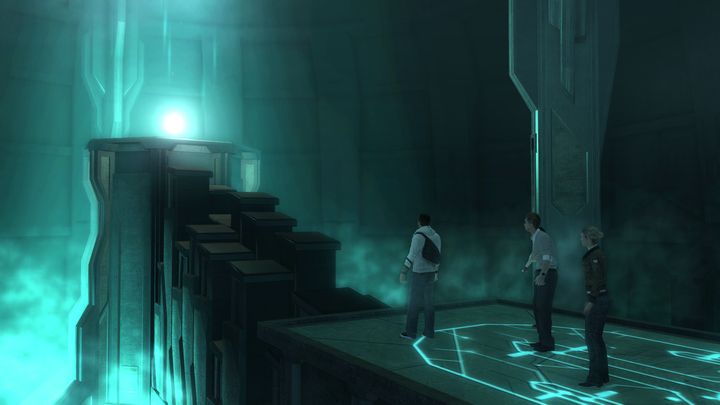 Brotherhood has a mind-blowing ending, even if the rest of the game is not so great.

After the smash hit that Assassin’s Creed II was, Ubisoft quickly followed with a sequel titled Assassin’s Creed Brotherhood. And although this led to some screaming “cash in” (which Brotherhood arguably is) the opening moments here are so good you can forgive Ubisoft for delivering more of the same.

Actually, it’s only moments after protagonist Ezio and Catherina Sforza have finished having fun between the sheets that Monteriggioni (Ezio’s base in Assassin’s Creed II) is blown to bits by Cesare Borgia in one stunning battle. And Cesare truly is a great villain. He’s one of the best in gaming so far, even if he’s involved in an awkward scene or two here (such as one ridiculous moment in which he kisses his sister with a little too much enthusiasm…).

Back in the present day, Rebecca, Shaun, Lucy and, of course, Desmond carry on with their business. Finding the Apple of Eden, that is. You know, the mysterious trinket the Templars also want for themselves, and which grants eternal power (or something like that). Like its predecessor Assassin’s Creed II, this also has a mind-blowing ending, which means all the effort of running through 16th century Rome stabbing Templars and rallying the Brotherhood against the Borgias pays off in the end.