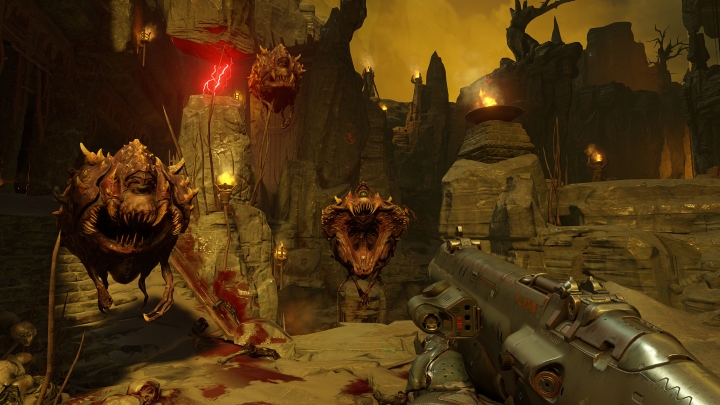 ADVERTISEMENT
It is clear that the Doom games of the 90’s were some of the most influential video games ever made, thanks to their fast-paced first-person shooter action and original enemies to shoot with a variety of oversized weaponry. But Doom fans were slightly disappointed with 2004’s Doom 3, which turned out to be a mediocre game that did not live up to its predecessors, and which seemed to have put an end to the legendary franchise.

Thankfully though, id Software’s 2016 Doom reboot has turned out to be a fantastic game with a brilliant, old-school single player campaign which captured the spirit of the original Doom games while offering cutting edge graphics and a stupendous heavy metal soundtrack, even if sadly the multiplayer component of the game wasn’t as exciting. But still, blasting demons to kingdom come in the sizeable single player campaign was always satisfying in this Doom reboot, which undoubtedly has been one of the Xbox One’s top games this year.