The first Hotline Miami game was a game of the “instant death” variety, in which the player could be killed by one enemy shot, so it was a case of kill or be killed. The game was a truly nerve-racking experience, reminiscent of the old brutally hard games for the NES console, and of more recent titles such as Super Meat Boy, in which one mistimed jump could end in death. It was praised by reviewers for its action and need for tactical thinking, and for its retro aesthetic. It was also a rather violent game, as protagonist Jacket’s killing sprees would leave a trail of corpses and blood in his wake. It was cartoonish but still quite gory.

And Swedish indie developer Dennaton Games decided to up the ante for the sequel Hotline Miami 2: Wrong Number. They did this by including a scene that features sexual violence. A director is shooting a movie about the events of the first game and the actor playing protagonist Jacket, who is a serial killer and a rapist in this scene, sexually abuses a woman. It all ends with the director shouting “Cut!” The scene is rather tasteless though, but given how cartoonish the game’s 2D top-down graphics are, some may find it rather silly. 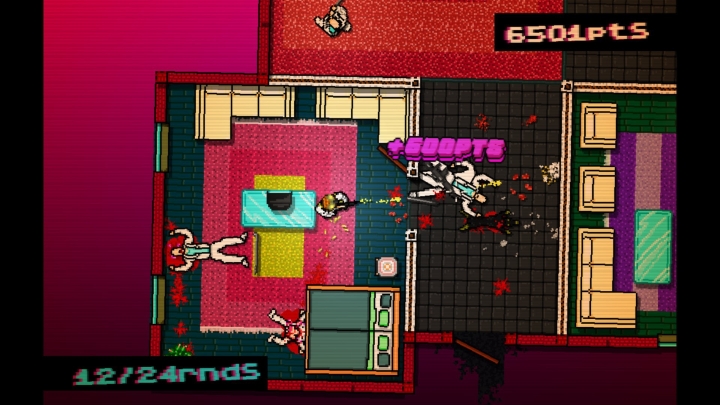 Nobody complained about the cartoon violence in the original Hotline Miami.

Not the Australian Classification Board, though. The Board, which rates games before they go on sale in Australia, certainly did not appreciate Dennaton Games sense of humour, as the game has been banned in the land of the kangaroo. And back in 2013 they also did not appreciate the humorous bent of Saints Row IV’s creators, as that game was also refused classification, because it included the “alien anal probe” weapon, among other things. And this is not the first controversy due to sexual violence in video games seen in Australia, as GTA V was pulled from the shelves of retailer Target after an enraged group of customers signed a petition against Rockstar’s blockbuster. The nasty way in which players could treat sex workers had a lot to do with the matter it seems.

But if one thing is clear is that many indie developers like Dennaton Games make their games controversial in order to get the attention of the gaming press and public. Dennaton cannot afford the advertising budgets of the large publishers like Activision and Ubisoft, and resorting to violence and sex is a sure-fire way of attracting attention. But they may have crossed the line here, though. The Australian Classification Board mentioned disturbing details about the game’s controversial scene in their description of the game, such as the male character “pinning the female down by the arms and lying on top of her thrusting”. It is clear that this sexual assault scene is gratuitous, unnecessary and could have been dropped. If Dennaton Games wanted to make a point with it, then it is not clear what it was. Unless it’s there to stir controversy and get them free publicity that is. 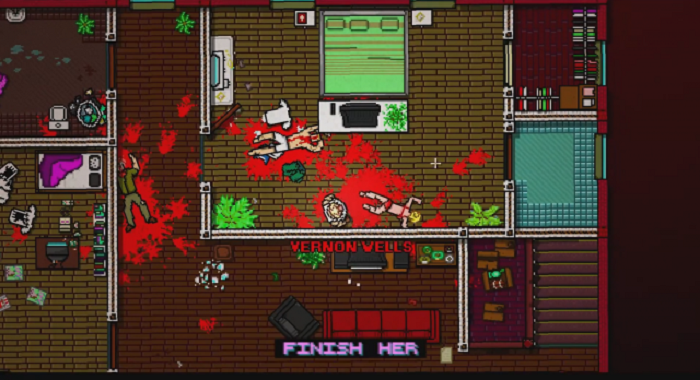 Make your game controversial by resorting to graphic violence and gore…

And speaking of publicity, the fact that Hotline Miami 2 has been refused classification in Australia has certainly gotten the gaming press talking about the game, which is something that won’t hurt the game’s popularity. It will certainly help Dennaton Games sell more copies of Hotline Miami 2, but not in Australia obviously, where Dennaton has suggested gamers that they pirate the game. And in their defence, the game appears to include an option to turn off the sexual violence in the game, so that players can enjoy protagonist Jacket’s murderous antics while leaving out the frankly unnecessary and controversial scene.

In the end, though, video game censorship is not the answer. It is based on the rather tenuous relationship between real-world violence and video game violence. Well-adjusted and sensible adults can play a game like Hotline Miami without turning into sex offenders, obviously. But still, the kind of extreme sexism seen in Hotline Miami’s controversial scene does no good to anyone, and the scene in question should have been left on the cutting room floor.

→
Next: Top 10 Most Expensive Video Games Ever