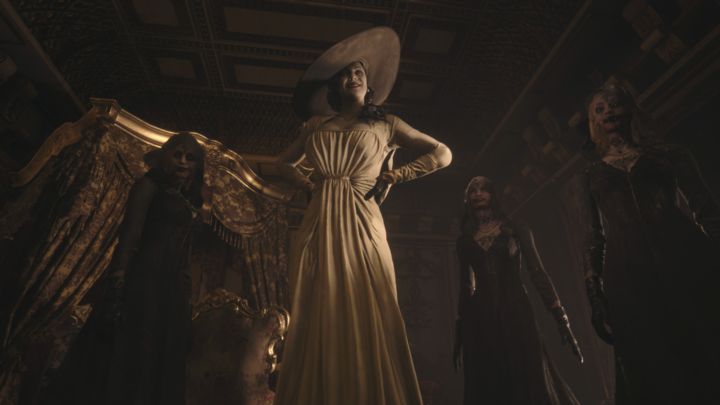 ADVERTISEMENT
It’s clear that many fans of the Resident Evil series were waiting for this game with baited breath. Sticking to a first-person perspective like the earlier Resident Evil 7, this brought back protagonist Ethan Winters in another scary and bloody survival horror game. Aside from Ethan, series stalwart Chris Redfield also makes an appearance, although he appears to be playing a bad guy here during the game’s violent intro, during which Ethan’s quiet family life is brought to an end.

Ethan encounters other terrifying characters in his quest to find his daughter and wife too, such as the intimidating Lady Dimitrescu (seen in the image above) whom you have to run away from and later confront in a scary Eastern European castle… Dimitrescu sure is a worthy successor to Mr. X from 2019’s Resident Evil 2 remake, but this game also introduces the new Lycan enemies, essentially werewolves whom you get to fight instead of the series traditional zombie enemies. All in all, and taking into account that the game’s multiplayer component Re: Verse is still upcoming, it’s clear Resident Evil Village has been one of the best games of 2021 so far.