The E3 show is perhaps the top video game-related event in the world, drawing countless visitors all over the world. And now that June is approaching and E3 is almost upon us, it’s worth taking a look at some of the top games which will be previewed at this year’s show in Los Angeles, which include highly-anticipated releases from top-notch publishers like EA and Ubisoft.

Regarding EA, perhaps the most noteworthy game the US company will be showing off at E3 this year is Anthem, Bioware’s answer to Destiny. It’s clear that a lot is riding on Anthem for Bioware (the people behind the Mass Effect series), as their latest games have not fared so well, meaning the Canadian dev will surely want to deliver something special with this online multiplayer shooter… And this is clearly a game many will be paying attention to come this year’s E3 in early June, that’s for sure.

Another EA game many gamers will be focused on at E3 2018 is Battlefield V. This was recently announced by EA, with developer DICE showing off the game with a spectacular trailer this May. The game will be set during World War II and deliver more of the intense multiplayer gameplay seen in 2016’s Battlefield 1, so it’s likely many will be looking forward to EA’s E3 presentation to learn more about a game which could end up being one of the hottest video game releases of the year no doubt.

Of course, other major publishers like Ubisoft will have plenty to show at E3 2018, with the French company bringing several games to the fore including The Division 2 and Skull & Bones. The latter was recently delayed out of 2018 (in no small part due to Far Cry 5’s success this year), but could still be an interesting pirate-themed multiplayer game set in the salty waters of the Caribbean. 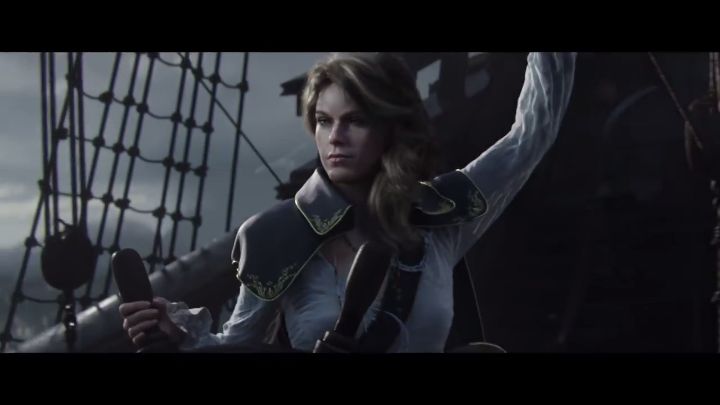 Expect to see more of Skull & Bones at this year’s E3.

Of course, there’s also The Division 2, the sequel to Ubisoft’s 2016 hit which was set in a post-apocalyptic New York. This was a game that kept many people enthralled for months and received numerous updates and expansions since its release, so clearly many gamers will be looking forward to Ubisoft showing off the sequel at this year’s E3.

Other big video game companies will also be looking to make a splash at E3, including Bethesda. The Maryland-based company will be giving out more details about Rage 2, its post-apocalyptic shooter which was announced earlier this month, amongst others. The big question is, will the eagerly-anticipated Elders Scrolls VI game be on the list?

Aside from Bethesda, it’s also noteworthy that Square Enix will be returning to E3 this year, meaning gamers will be able to learn new information about some of the Japanese publisher’s upcoming games like Shadow of the Tomb Raider and the eagerly anticipated Life is Strange sequel.

Of course, Sony won’t be missing either, letting us take a peak at some of the most eagerly awaited games out there like Hideo Kojima’s Death Stranding, Ghost of Tsushima, The Last of Us Part II and Marvel’s Spider-Man, the latter being one of the top games releasing this year.

This has the potential to be one of the biggest E3’s ever with many of the biggest video game releases on the horizon being previewed at the show then, so stay tuned to this website for more information regarding E3 2018 in the days to come.