As is the case every year, Steam has published its list of the top selling games of 2019. These are the 100 games which generated the most revenue in the year, although Steam itself does not provide any sales numbers, and only groups the games in several categories according to how successful each was in the year.

Headlining the “Platinum” category is From Software’s Sekiro: Shadows Die Twice, which was recently named Steam’s Game of the Year for 2019. Japanese designer Hidetaka Miyazaki’s sword combat game sure is a riveting – if very difficult – experience, and has a great atmosphere and art style, so it’s a good thing that PC players picked it up in droves on Steam last year.

Amongst the top sellers is also Total War: Three Kingdoms, the latest entry in the award-winning Total War franchise. This game combines strategy with real-time tactics, with this instalment taking place in ancient China. And Total War: Three Kingdoms being a Steam top-seller shows how much PC gamers have gotten into developer Creative Assembly’s latest strategy release no doubt.

Both Sekiro and Three Kingdoms were released in 2019, but it’s also nice to see some great games from previous years make Steam’s list of best sellers too.

Such is the case of Civilization VI, which continues to sell strongly since its debut in 2016, proving just how appealing the Civilization series of turn-based strategy games still is to gamers. So is GTA V, which has surpassed the 90 million units sold mark and remains a top-seller on PC too. 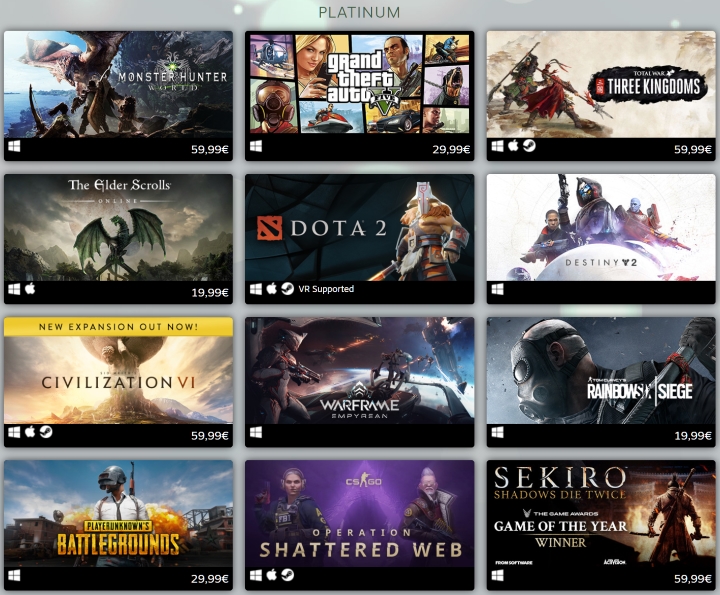 Multiplayer sensation and Fortnite rival PlayerUnknown’s Battlegrounds is still captivating gamers, and was also amongst Steam’s top sellers in 2019. And players continue to dig Bethesda’s multiplayer fantasy role-playing game The Elder Scrolls Online (which originally came out in 2014) too.

Also interesting is the fact that a few of the Platinum games are free to play: this include Destiny 2 and DOTA 2, which generate revenue via in-game purchases.

Moving down to the “Gold” category, we see some of last year’s heavyweight releases like Star Wars Jedi: Fallen Order, Capcom’s zombie fest Resident Evil 2, Devil May Cry 5 and Halo: The Master Chief Collection, the latter finally hitting the PC with platform-specific features. 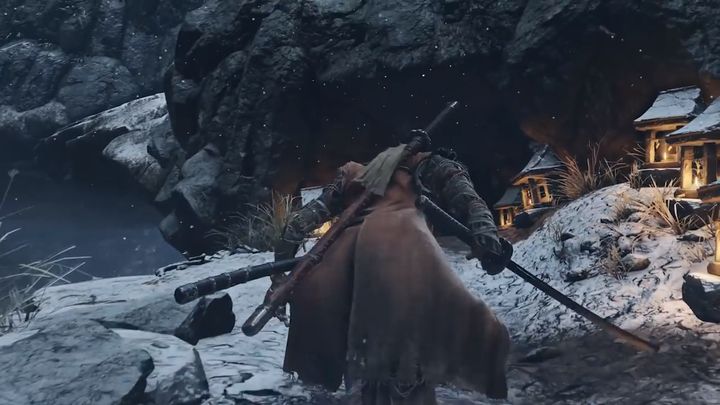 Sekiro: Shadows Die Twice was one of Steam’s top sellers this year.

Ubisoft’s phenomenal Assassin’s Creed Odyssey continues to be a heavy hitter, having managed to make the Gold tier, and so have golden oldies like The Witcher 3: Wild Hunt and Rocket League.

The Witcher 3 is enjoying a resurgence right now and recently beat its record for concurrent number of players on Steam, no doubt due to the popularity of Netflix’s TV series. Meanwhile, racing and soccer hybrid Rocket League (which got a lot of praise in 2015) continues to be popular with PC gamers.

And one of the biggest PC releases of the year, Red Dead Redemption 2, ended up being amongst the top sellers in Steam’s “Silver” category despite the many bugs and issues it had at launch. The cowboy-themed game is still eclipsed by Rockstar’s own GTA V right now though.

Also, CD Projekt’s eagerly anticipated RPG Cyberpunk 2077 is already amongst Steam’s top sellers in the “Bronze” tier despite the fact it hasn’t been released yet. This shows how much PC players are looking forward to the Polish developer’s next game, which will hopefully live up to the hype when it ships this April.

All in all, 2019 has been a great year for video games, and it would be a great thing if video game makers continue to release superb video games on Steam and other platforms this year too.

→
Next: Free PlayStation Plus games for January 2020 out now