Fans of developer Bethesda’s games were ecstatic last year, when the company announced a release date for Starfield, its upcoming role-playing game set in space.

Due to arrive on November 11 this year, Starfield will be the company’s first game in more than 20 years not belonging to its Elder Scrolls or Fallout series, so expectations are sky high as you can imagine.

Little has been seen of the game to date, though, except the admittedly cool trailer which Bethesda Game Studios showed at E3 2021, which gave gamers a taste of what to expect from Starfield when it finally hits shelves this fall.

And this certainly is a game which has been in the making for a very long time, with Bethesda boss Todd Howard explaining that the people at Bethesda have been working on Starfield since the release of Fallout 4 back in 2015 in an interview with IGN.

More importantly for some, the man who directed Skyrim (Bethesda’s best-selling game to date) also explained why the company chose to release Starfield before the next Elder Scrolls game. Basically, it all boils down to Bethesda wanting to try something new, and that being the moment to do so.

“We’d been wanting to do something else for a long time and play in a new universe, so if not now — I’m going back in time, we started right after Fallout 4, so 2015 — if not now, when? It felt like, if we didn’t do it then, the ‘when’ could be ‘never”, said Howard in the interview.

So despite the fact that The Elder Scrolls V: Skyrim has sold over 20 million copies and has been ported to a variety of platforms including the Nintendo Switch (and it even has a VR version too) the next entry in the series (part 6) is still a long way off.

Actually, and given that the next Elder Scrolls game is bound to be massive in size and scope, it’s unlikely to arrive before 2025 – which mean there would be a fourteen year gap between it and Skyrim, something Howard admitted is not “a good thing”.

“Would you plan to have the kind of gap we’re having between Skyrim and the follow-up? I can’t say that’s a good thing”, said the Bethesda man, adding that “do I wish I could wave a wand and the game we wanted to make […] just came out? Absolutely”. 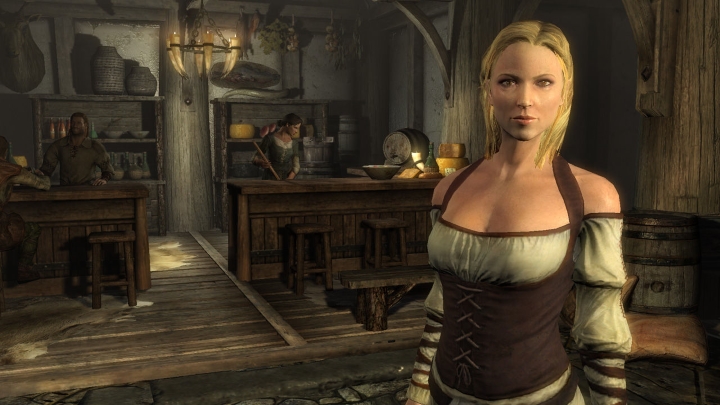 Skyrim hit shelves in 2011. How long will it be before the next entry in the series comes out?

Of course, the conspiracy theorists out there might suggest that Starfield is actually The Elder Scrolls VI in disguise… Almost nothing but concept art has been shown of Starfield to date, a game which according to rumors back in 2020 had been cancelled. Todd Howard has referred to the game as “Skyrim in space” on more than one occasion, and the game’s release date of 11.11.2022 mimics that of Skyrim’s (except the year, of course). Plus, Bethesda’s developer videos have mostly showed footage of The Elder Scrolls games too…

So could Starfield actually be the next Elder Scrolls game in disguise? It seems unlikely that Microsoft (which became the new owner of Bethesda after acquiring Zenimax Media) would let Bethesda pull off a stunt like this, plus such conspiracy theories can be put to rest if we take into account that both Starfield and The Elder Scrolls VI were announced at E3 2018, so both are obviously real games releasing in the future.

And while there’s much buzz surrounding Starfield’s release this year, The Elder Scrolls VI is a game millions of people are looking forward to. Both will be powered by a next-gen version of Bethesda’s Creation Engine, and will represent a “huge jump” from Skyrim according to IGN. The game will likely boast gameplay innovations such as the improved conversation system which is making its way to Starfield – actually Bethesda’s sci-fi RPG will be featuring a reworked version of Oblivion’s conversation wheel according to the company.

Bethesda’s Todd Howard also said that the next Elder Scrolls will improve some of Skyrim’s systems such as AI and interaction with the game’s non-player characters, him admitting “that’s something I think we still have a long way to go with”.

It would be a great thing, then, if The Elder Scrolls VI ends up being as great as Skyrim was when it launched back in 2011, whatever future year it is released in… For the time being, though, there’s Starfield to look forward to, a game which could end up being one of the year’s top releases when it hits shelves this fall, no doubt.

→
Next: Ubisoft could be the next video game company to be bought, but likely not by Microsoft or Sony
Share this >
YOU MAY ALSO LIKE
MORE ON LAKEBIT