Ubisoft could be the next video game company to be bought, but likely not by Microsoft or Sony
↑
SHARE
TWEET

It is renowned for its Assassin’s Creed and Far Cry franchises, but Ubisoft had been going through a rough patch recently.

The French company was rocked by a sexual harassment scandal which began in 2020, and which led to the departure of several high-ranking executives from the company.

Also, some of its more recent games were not the blockbuster sellers Ubisoft was hoping for: Far Cry 6 wasn’t the smash hit Far Cry 5 was, while Watchdogs Legion, despite a strong start, likely did not do as well as the earlier two games in the franchise.

The company dipped its toes in the battle royale space with the failed Hyper Scape, while other big upcoming games like Skull & Bones and Good and Evil 2 seem to be stuck in development hell…

Also, earlier this year news broke out that Ubisoft would be open to being bought by another company, something which apparently has not fallen into deaf ears as private equity firms have their eyes on Ubisoft, as was recently reported on Bloomberg (via Forbes).

These firms include Blackstone and KKR, the latter having made investments in video game company Epic in the past. Ubisoft still appears open to being bought out, as according to Bloomberg it said “it’s built a strong portfolio and is ideally positioned to capitalize on emerging opportunities amid rapid growth in the industry” in an email statement, but did not comment on a possible takeover.

This contrasts with how Ubisoft fiercely fought against a takeover attempt by Vivendi back in 2019, finally preventing the media giant from taking control of the company with a little help from Tencent.

But given the current situation it’s possible that Microsoft and Sony are eyeing Ubisoft too, even if none of the two has expressed any interest in acquiring the French powerhouse yet. 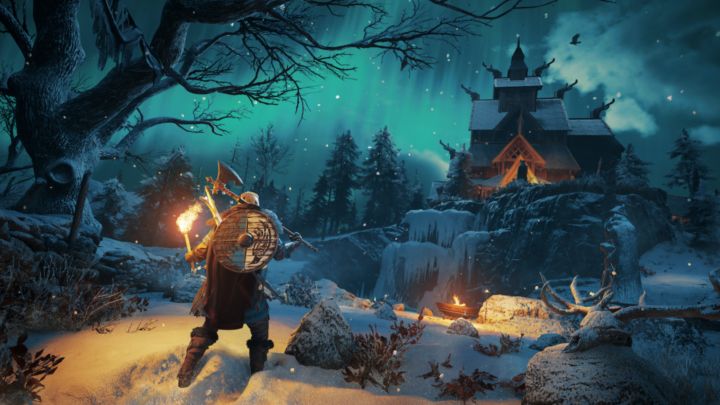 Could the people behind the Assassin’s Creed games be bought by Microsoft or Sony?

Ubisoft, though, must clearly be a tasty morsel for both Microsoft and Sony, as they would be bagging a slew of video game franchises if they bought Ubi. Aside from Assassin’s Creed and Far Cry, they would also get Watchdogs and Just Dance, amongst others.

And Microsoft definitely has the means to buy Ubisoft: the company’s worth about $5 billion US dollars now, with its shares having fallen more than 50 % since the summer of 2018, due to the company’s woes.

The thing is, Microsoft is still waiting for approval from US regulators to seal off its acquisition of Activision Blizzard, the biggest ever in the video game space (a whopping $70 billion US dollars), and going for Ubisoft now might complicate matters there, as Microsoft could be seen as attempting to monopolize gaming after it also bought Zenimax Media and Bethesda 2021.

Sony, on the contrary, could go for Ubisoft in order to have more video game IPs and studios under its belt. Making Assassin’s Creed and Far Cry PlayStation exclusives (or timed exclusives) might help it in its fight against Microsoft’s Xbox and its Game Pass service. Sony, though, is a smaller company than Ubisoft and could find the cost of absorbing Ubisoft and all its studios a bit too costly, definitely less manageable than its acquisition of Bungie for $3.6 billion US dollars this year.

So if neither Sony or Microsoft make a move for Ubisoft, the company could end up falling in the hands of the private equity firms mentioned earlier, meaning its future could be uncertain to say the least. This might even make Ubisoft wish it had been bought out by Vivendi back in 2019, too…

Of course, Ubisoft could also continue its journey alone as it has done until now, but whatever happens, here’s hoping the iconic video game company can keep putting out great video games that people can enjoy in the future.

→
Next: Xbox Series X/S might be outselling PlayStation 5 now